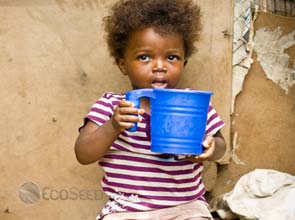 Siemens A.G. will invest about 200 million euros ($251.6 million) in the next two years to expand its business and shore up sales in Africa, reinforcing its commitment to the region in the midst of an energy and water crisis.

Siemens, the world’s largest provider of environmental technologies, will try to address the continent’s dire need for adequate water and energy supplies. The German engineering conglomerate claimed that one of every two Africans has no access to a power grid, and about one-third of the population does not have clean water.

“We’re world leaders both in energy technology and on the water market. To exploit our opportunities in these fields, we’re strengthening partnerships with African companies and institutions,” said Peter Löscher, president and chief executive of Siemens

“Africa offers Siemens vast opportunities for growth. As a green infrastructure pioneer, we’re a natural partner for mastering the continent’s major challenges. Renewable energies, in particular, have a huge potential in Africa,” he added.

Plans for the continent’s first large-scale wind and solar projects in the pipeline will be revealed later this year, once several countries meet certain political conditions. For example, Morocco and Tunisia intend to spend $9 billion and $2 billion respectively to expand their renewable energy generation.

Siemens is also eyeing Africa’s healthcare and infrastructure sectors. At present, African city hospitals are funded through private-sector financing due to budgetary constraints, and Siemens plans to help out by participating in private-public partnerships, which can yield several hundred million euros.

Meanwhile, the company expects that the demand for infrastructure solutions in the continent will increase in the coming years due to increasing urbanization. It is estimated that the present urban population of about 400 million Africans will soar to 750 million by 2030.

In order to better understand the needs of African cities, Siemens partnered with the Economist Intelligence Unit to prepare the African Green City Index, a comparative study of the environmental sustainability of 16 African cities.

Leading cities from Algeria, Angola, Congo, Egypt, Ethiopia, Ghana, Kenya, Morocco, Nigeria, South Africa, Tanzania and Tunisia will be included in the study. South Africa is represented by the cities of Cape Town, Johannesburg and Tshwane.

Siemens also grouped its individual African companies into five sales regions to better serve its African customers. Siemens said medium-priced products made especially for emerging countries will be available in the market.

Through these efforts, Siemens hopes to double its share in the African market to 10 percent, as well as generate 3 billion euros worth of new orders in its Africa cluster, which includes over 50 countries, by 2012.
Siemens (FWB:
SIE
, NYSE:
SI
) earned 23 billion euros from green products and solutions, which represented almost a third of its total revenues of 76.7 billion euros in the 2009 fiscal year, which ended on September 30.