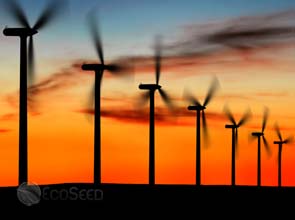 Vestas Wind Systems A/S will install 126 megawatts worth of wind turbines in Sweden, Germany and Italy, in a bid to strengthen its foothold in the European wind industry.

Vestas will supply 21 units of its V90-3.0 MW wind turbines to the 63-MW Gotland Repowering project in Näsudden on Gotland Island, southeast of Sweden. The wind project is a joint enterprise between Swedish companies Näsudden Väst Invest, Slitevind A.B. and Stugyl A.B.

The Danish wind turbine manufacturer will also provide a VestasOnline business supervisory control and data acquisition system, as well as a 15-year service contract, for the project.

Delivery and installation of the wind turbines is scheduled to be completed in late 2011.

Meanwhile, Germany-based UKA Group ordered 40 MW worth of Vestas’ V90-2.0 MW wind turbines for several wind projects in Eastern Germany. Vestas is expected to deliver all wind turbines by the end of the year.

Based in Saxony, East Germany, UKA is one of the leading wind energy developers in the growing Eastern German market. The company has developed wind farms with a combined generation capacity of approximately 165 MW.

Vestas is already an established player in the German wind power industry, with over 5,700 wind turbines installed in the country as of 2009. The turbines can generate a total of 7.1 gigawatts of clean, renewable electricity.

Vestas also won an order for 13 units of its V90-1.8 MW wind turbine from Volturino Wind and CO-VER Industrial. The turbines will be installed on the 23.4-MW Volturino wind farm in Apulia, Italy.

The wind farm can produce 78,000 megawatt-hours of electricity annually, which is enough to power 32,500 Italian households. Furthermore, it will offset 30,000 tons of carbon dioxide emissions every year.
Vestas (OMX:
VWS
[VWSA:FF]) will begin shipping the wind turbines in the first half of 2011, and the project is scheduled to be completed by the end of the year.

Volturino Wind is a project company of BKW Italia, a company under BKW FMP Energy, a leading Swiss utility and one of the country’s main providers in electricity production, transmission and distribution. The utility has over 2,000 MW in generation capacity through a mix of hydroelectric, nuclear, wind and biogas power.

CO-VER Industrial is the result of a merger of several CO-VER Group companies that specialize in industrial and service sectors.