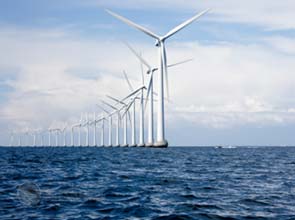 Embattled British Petroleum P.L.C. intends to sell $10 billion worth of assets in 2011 in the wake of the massive oil leak at the Gulf of Mexico, but these assets will not include its renewable energy businesses.

The accident – the worst oil spill in United States history – caused a dramatic fall of the company’s shares. Before the spill, BP (NYSE:BP, LSE:BP) shares traded at about $60 per share; now prices have dropped to as low as $27 per share, according to MarketWatch.

But despite the huge economic hit it will take, BP will not sell any renewable energy assets. John Graham, president of BP Wind Energy, said in an interview with Dow Jones, cited by its subsidiary MarketWatch, that company reaffirms its commitment to the alternative energy industry.

Although they are open to selling if the price is right, the possibility of that happening remains still slim. “We haven’t built it to sell it. There is no need to sell it,” Mr. Graham stressed.

The company’s renewable energy units, which include solar, wind, hydrogen and biofuel businesses, are significantly smaller than its oil counterpart. BP already committed to invest $8 billion in alternative energy development throughout 2005 to 2015, but the company’s first quarter earnings report expect total capital expenditures to reach $20 billion this year alone.

Of the $8 billion investment, $4 billion went to the development of renewable energy projects in 2005, with $1.8 allocated for wind energy projects. The remaining $4 billion will be used over the next four years, but Mr. Graham is vague on how the money will be allotted across projects.

BP reportedly mulled over the idea of selling their renewable energy assets in 2008, when it was valued at around $5 billion. However, the company later dumped the idea and decided to focus its wind development efforts in the United States.

BP has interest in six operating wind farms across the United States with a total generating capacity of 1,030.5 megawatts. Its subsidiary in India, BP Energy India Private Limited, sold three of its wind farms with a combined capacity of 100 MW for $95 million in September 2009.

Mr. Graham said that despite the negative publicity surrounding the oil spill, BP was still able to secure highly sought-after wind power contracts with utilities due to its strong financial position.

The company is currently constructing two wind projects totaling 375 MW in Idaho and Colorado. BP is also planning to add 400 MW to its wind project portfolio, either by expanding existing wind farms or building new facilities in California, Colorado, Indiana or Wyoming.

However, the prospect of developing offshore wind farms is still out of the question. “We have not seen anything that would attract us to go offshore,” Mr. Graham said.

He explained that the stakes involved in offshore wind development, such as the cost of building solid undersea foundations for turbines and unpredictable weather, are too huge for the company to take.