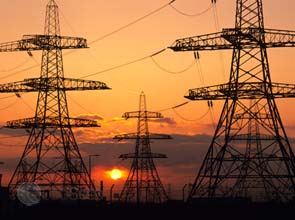 The Asian smart grid  market will peak at $22.2 billion five years from now owing to a boost in demand from key players such as China, India, South Korea and Japan, market analyst NanoMarkets reported.

According to its report the New Business Opportunities in Asian Grids, China and India will together account for more than 75 percent of the smart grid market in Asia by 2015.

China is slated to dethrone the United States as the leading smart grid investor in 2010, advisory firm ZPyrme predicted. The country plans to roll out $7.32 billion in smart grid development, exceeding the latter’s $7.09 billion allocation.

In addition, China also committed to a 10-year blueprint to establish a smart grid by 2020 that will provide secure electricity and promote energy conservation among Chinese households. The State Grid Corporation will allot 4 trillion Chinese yuan ($585.6 billion) for the project.

The funding will be spread across projects such as renewable energy storage technologies, power transmission monitoring systems and intelligent substations. It will also fund other technologies such as electric vehicle charging, automatic power distribution, smart meters and information systems for electricity use.

Meanwhile, India is seeking $10 billion in investments over a span of five years for its restructured accelerated power development and reforms program, which aims to strengthen and upgrade the national power grid.

South Korea also intends to develop a nationwide smart grid system by 2030 to support an expected $60 billion boom in the electricity market. Industry analyst Pike Research claimed that a total of $15.8 billion in local investments will enter the country’s smart grid infrastructure from 2009 until 2016.

On the other hand, Japan’s Ministry of Economy, Trade and Industry estimated that a shift to renewable power will require a grid upgrade costing up to $74 billion by 2030.

Pike Research forecasted that automation of electric distribution and transmission improvement will have the most potential for development in the coming years. Other lucrative opportunities are substation automation and renewable energy management systems.

“Within Asia, the demand for smart grid capability is quite diverse in nature ranging from reflecting the sophisticated nature of electricity demand in developed nations such as Japan and South Korea, to the need for first deployment of grids and massive grid upgrades in the developing economies of India and China,” NanoMarkets said.

“Yet, there is also general consensus that existing electricity grids in Asia are not sufficient in terms of capacity, efficiency, reliability, security, and environmental impact to supply the electrical power needs of modern societies,” it continued.