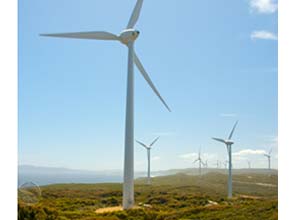 The deal will add 735 megawatts of installed wind energy capacity, as well as an additional 230 MW in advance stages of development, to Exelon’s generation portfolio. It covers 36 wind projects in eight states, which will generate enough energy to power up to 220,000 households.

Roughly 75 percent of John Deere’s (NYSE:DE) operating portfolio is already sold under long-term power purchase agreements. Exelon also has the option to purchase 1,468 megawatts of new wind projects that are in various stages of development, including the 230 MW nearing completion.

Aside from the $860 million payment, the utility will also pay another $40 million once construction begins on projects that are almost completed. Exelon will finance the transaction with the help of one of its subsidiaries, Exelon Generation.

The acquisition will become part of the utility’s Exelon power division, which already includes 1,000 MW of owned and contracted renewable energy, such as hydroelectricity, wind, landfill gas and solar. Before the acquisition, the utility was already the largest wholesale marketer of wind energy east of the Mississippi, with 352 MW of wind capacity from five wind farms in Illinois, Pennsylvania and West Virginia.

Exelon expects to close the acquisition in the fourth quarter of 2010.

John Rowe, chairman of Exelon, believes that entering the wind generation business is a strategic move for the company because demand for wind power is expected to grow rapidly in the coming months.

«Not only does this acquisition add value for Exelon shareholders, providing incremental earnings in 2012 and cash flows in 2013, but it is also one more way to implement a clean energy future,» he added.

The planned acquisition is part of a company-wide strategy to reduce Exelon’s greenhouse gas emissions equivalent to its 2001 carbon footprint by 2020.

Exelon (NYSE:EXC), one of the United States’ largest electric utilities, also owns the largest group of nuclear reactors in the country. Utilities have been banking on nuclear as the energy source of the future, given the momentum for carbon reduction in recent years. However, as the renewable energy market grew, the nuclear industry slowed down considerably.

As a matter of fact, a string of nuclear reactors will be shut down in the next coming months. Exelon’s Zion Station nuclear plant will be torn down under a deal with EnergySolutions, while eight other nuclear plants across the country are awaiting demolition, according to the United States Nuclear Regulatory Commission.