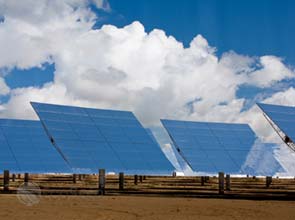 Silverado Power has unveiled plans to develop about 400 megawatts of utility-scale solar projects in an effort to penetrate the burgeoning solar market in the United States.

The San Francisco-based company aims to establish low-transmission, utility-scale projects near the grid, which are expected o start operations within at least 18 months.

Silverado Power is a fruit of a joint venture between key industry veterans and Martifer Solar, a large European energy and infrastructure company. The company boasts of over 75 solar farms in the United States, all in various development stages. It also has 40 projects awaiting interconnection in southern California alone.

However, Silverado Power pointed out that most large-scale solar projects were held up by various obstacles, including environmental issues and the lack of transmission infrastructure necessary to link major rural projects to large cities, which have greater demand for power.

“The solar industry has made great strides in the last five year but hasn’t addressed a fundamental problem – how to reduce the time-to-production for solar energy. The lack of transmission infrastructure has been one of the main contributors,” said John Cheney, chief executive of Silverado Power.

“We are confident that Silverado Power will play a crucial role in helping California utilities meet its energy needs through a distributed model that avoids this problem, satisfying environmental regulations and avoiding transmission issues that normally prevent power from reaching end-users,” he added.

The company’s edge over its competitors is its ability to speed up the process of constructing a project and starting its operations. Silverado Power owns the lands and the interconnection agreements to eliminate lengthy approval processes in the initial development stages, as well as avoid transmission obstacles that tend to hamper large-scale projects.

Silverado Power also partners with the local governments, utilities and technology providers to gain more support from communities and regulators at a lesser costs. This creates an unparalleled mechanism for utilities to meet their renewable portfolio standard targets and for the communities to reduce their carbon footprint and dependency on fossil fuels.