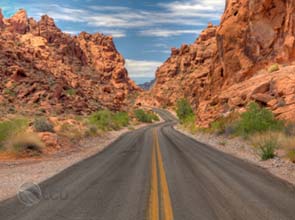 The United States Department of Energy has expressed readiness to guarantee a $350 million loan that will go into developing a state electric transmission line to support renewable energy generation in Nevada.

The department made a conditional commitment for the loan guarantee on Tuesday for the One Nevada Transmission Line, making it the first transmission line project to receive such a deal from the department.

The project is a joint venture between NV Energy Inc. and Great Basin Transmission L.L.C., an affiliate of LS Power. Under an agreement they signed in August, NV Energy will own 25 percent of the transmission line and purchase Great Basin’s share of capacity over time.

The project involves the construction of a new 500-kilovolt alternating current transmission line that will run 235 miles from Ely, Nevada to just north of Las Vegas. The line is expected to carry approximately 600 megawatts of electricity, including power generated by renewable sources.

By connecting existing transmission systems in northern and southern Nevada, the transmission line will bring down power prices and improve grid reliability and efficiency.

The project is expected to open more than 400 green jobs to the local community.

The One Nevada Transmission Line represents the initial phase of the Southwest Intertie Project, a planned regional transmission line that will run between Idaho and southern Nevada.

Upon completion, the larger project is expected to carry about 2,000 MW of electricity and will bring power from wind and solar facilities in Wyoming, Idaho and Nevada to the southwest and California markets.

“Transmission infrastructure is essential for bringing renewable resources to market, and with as much yet-to-be-developed geothermal and wind energy that we have in the northern part of the state, a single transmission line connecting the north to the south brings enormous opportunity for future renewable development,” said Michael Yackira, president and chief executive of NV Energy.

«This project will help us tap into the enormous clean energy resources in the West – bringing renewable power from where it is produced to where it is used. This is a win for the economy as well as for the environment,» added Steven Chu, energy secretary.