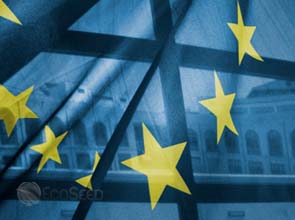 Research and development investment in Europes renewable energy sector in 2009 grew from the previous year even though the budget for research fell overall in the region, according to recent poll from the European Commission.

Fifteen companies from all over the world invested purely in clean energy research in 2009, shows the European Union Industrial Research and Development Investment Scoreboard. Nine of these companies are new to the list while 13 are from the E.U.

These 13 companies invested more than 500 million euros ($695 million) in clean energy R&D last year, an increase of 28.7 percent from 2008 despite a 2.6 percent fall in total research and development investment by top companies from the region.

Although European companies reduced research and development spending far less than their American counterparts – slowing down twice as sharp at 5.1 percent – Europe’s performance remains weak in related sectors outside of clean energy, the report reveals.

Based on R&D spending across different industry sectors, three European companies are among the top ten investors – Volkswagen, Nokia and Sanofi-Aventis. United States-based Microsoft, Pfizer and Johnson & Johnson, and Japan’s Toyota also landed in the top 10.

Massive reductions in investment were made by some automotive firms like Ford at 32.4 percent, Renault at 26.5 percent and General Motors at 24.1 percent. Asian carmakers such as Nissan and Toyota made modest spending cuts, while some like Hyundai actually increased investment.

Other Asian countries maintained the high growth rates of their research budgets. China is in the lead with 40 percent, followed by India with 27.3 percent. Hong Kong’s spending climbed to 14.8 percent. South Korea boosted its research spending by 9.1 percent and Taiwan by 3.1 percent compared with 2008.

Máire Geoghegan-Quinn, commissioner for research, innovation and science, warned that the overall spending gap between Europe and its competitors is still widening.

«The fact that major E.U. firms have largely maintained their R&D investment shows that they recognize R&D as key to emerging stronger from the crisis,» she said.

«But the wide gap with the top United States companies in areas like software and biotechnology, and the continuing rapid rise of Asian-based companies, highlight the innovation emergency Europe is facing,” Ms. Geoghegan-Quinn stressed.

The top 50 list comprises 16 companies from E.U., 19 from the United States and 12 from Japan. However, it was noted that 30 of the top 50 cut research and development investment in 2009.

Some firms recorded increasing research expenditure despite lower profits and sales, including Bayer, which made an 8.8 percent increase, and General Electric with 10.1 percent.