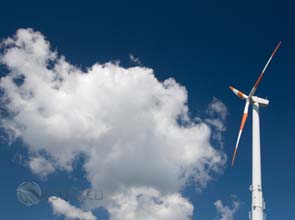 The absence of a strong political framework is taking its toll on the United States wind energy as the sector experienced its slowest quarter since 2007, with only a dismal outing of 395 megawatts of additional capacity.

A quarterly review by the trade industry American Wind Energy Association reveals that the third quarterly output for this year is down by 72 percent compared with the same period in 2009. Last year, the sector deployed new installations amounting to 1,634 MW.

Data from the United States Energy Information Administration and other third-party sources show that wind accounted for 39 percent of new installed capacity in 2009, while coal represented only 13 percent. However, the ratio has changed drastically within the first three quarters of 2010, with wind accounting for only 14 percent and coal 39 percent.

«We’re increasing our dependence on fossil fuels, impacting our national security, instead of diversifying our portfolio to include more renewables,» noted Denise Bode, chief executive of the wind association.

The lack of long-term energy policies such as a national renewable electricity standard is setting a cloud of uncertainty among green businesses, which is why local utilities find their wind build-out plans stymied at the conceptual stage, the association pointed out.

Both China and Europe have already established such policies and are anticipating investments amounting to over $35 billion by this year – nearly quadruple the investment the United States expects to receive.

The domestic wind industry is now urging the Congress to pass a long-term policy that will encourage investments on renewable energy.

«U.S. wind energy can again lead the world. But if federal policymakers do not act quickly to provide investment certainty through a renewable electricity standard, and longer-term tax policy like our energy generation competitors enjoy, the U.S. wind industry will stall out,» Ms. Bode warned.

She added that legislative action to extend renewable energy tax credits bolstered the wind industry to achieve record job growth and over 10 gigawatts of new generation capacity in 2009. She believes that the introduction of a national renewable electricity standard of 15 percent by 2020 will spark the addition of new generation faster than any other source of electricity.

«That will send a clear signal to investors that the U.S. is open for business,» she remarked.