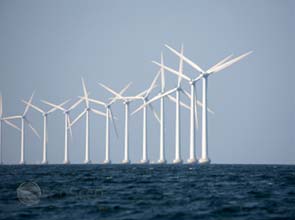 Scotland’s low-carbon economy could generate around £12 billion ($19.25 billion) worth of economic returns and create around 60,000 green jobs over the next decade if natural resources were harnessed and carbon emission cuts were achieved, the Scottish government said.

The country’s new low-carbon economic strategy will encourage the public sector to support low-carbon technologies as well as the construction and retrofit of sustainable and existing infrastructures. The plan will also forge new private sector and international partnerships.

«The strategy sets out the global opportunities in low-carbon goods and services and the role of government and the public sector in supporting business,” said John Swinney, secretary for finance and sustainable growth.

The government claimed it can generate about £60 million of support for low-carbon activities from its natural structural funds and matching private and public sector financing. While it will relocate £15 million of innovating funding from the Lowlands and Uplands European Structural Funds Program, it did not specify sectors that will complete the expected amount.

The low-carbon economic strategy is part of Scotland’s upcoming policies to secure sustainable economic growth while meeting its climate change targets. Other policies include the report on proposals and policies that aims to reduce emissions beyond 2020 and the energy efficiency action plan for households and businesses.

«The establishment of the strategy further reinforces Scotland’s position as a leading nation in renewable energy and low carbon technologies,” said Lena Wilson, chief executive of Scottish Enterprise, the non-departmental public body of the Scottish government that encourages economic development, innovation and investment in business.

Scotland is already an exporter of low-carbon technologies, with £845 million worth of technologies exported from 2009 to this year.

“Scotland can become a leader in the global low carbon market, and reduce our impact on the planet, if we seize new opportunities and capitalize on our vast comparative advantages,” Mr. Swinney concluded.