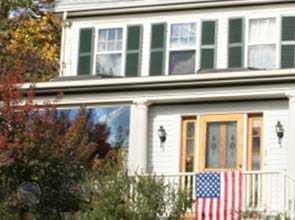 Solar energy could be made more affordable for 50 percent of American homes over the next two years if inconsistent local permitting processes were standardized.

These were the findings of a new report by California-based SunRun, which say local permitting and inspections add an average of $2,516 per installation.

There are inconsistencies in the permitting process because every town and city has its own set of regulations and requirements for solar installations, making it difficult to establish a sustainable, subsidy-free solar industry, said Edward Fenster, SunRun’s chief executive and co-founder.

Permitting qualms will cost installers $1 billion in tax over the next five years, Mr. Fenster said, making it challenging for companies to expand. Solar installers nationwide said inconsistencies in local permitting are stopping them from making solar energy affordable for the residential customers.

However, Mr. Fenster explained the Department of Energy already has tools to reduce unnecessary costs to finally achieve grid parity, the point where solar stands on its own without the need for subsidies.

The report said residential solar will reach grid parity for over half of all homes in the United States if the cost of solar systems falls to $3.50 per watt. Germany already reached this amount, not including any subsidies, by streamlining permitting.

Costs in the United States are falling too, amounting to less than $6 per watt, but the country will struggle to reach the targeted amount and the long-term goal of $1 per watt set by the Energy Department if the permitting and inspection processes are not streamlined.

“Local permitting red tape keeps solar off of millions of American homes and businesses and seriously jeopardizes our ability to be competitive with entrenched fossil fuels,” said Rhone Resch, president and chief executive of the Solar Energy Industries Association.

“Policymakers need to recognize that these additional costs put an undue burden on new, clean technologies like solar that are trying to create jobs in the United States,” he continued.

SunRun’s report recommends the Energy Department to pursue a new residential solar permitting initiative, starting with the department’s 25 Solar America Cities together with 200 populated cities that account more than 50 percent of the solar market.

The recommendations include a contest with grant rewards for cities in key solar states that make the most effective and comprehensive improvements, funding for outreach organizations like the department’s Solar America Communities Outreach Partnership and an online tool already used in some colleges with solar systems, which guide installers through the installation process to cut down time spent in plan reviews.

The report is currently under review with the Energy Department and is supported by a coalition of 22 leading installers from across the country. The paper is also endorsed by industry organizations such as The Sierra Club, SolarTech, and Vote Solar.