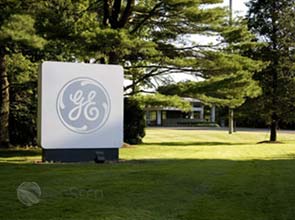 Three of the largest energy companies in the United States have joined forces, investing $300 million in capital to a new joint venture looking for 30 companies, especially clean energy businesses, to fund over the next four years.

Renewable energy, smart grid, energy efficiency and biofuels will be the target investments. The joint venture will also look into natural gas, emission controls and water.

Specific financial details and its initial investments were not disclosed but the company’s site offers general information about its plans.

Clean energy right off the bat

The joint venture’s first round of investments is into renewable energy and energy efficiency. Among them is Alta Devices, a thin-film solar start-up from California backed by some prominent venture capitalists like Kleiner Perkins and Technology Partners.

The company was founded by Harry Atwater of Caltech and Eli Yablonovitch of University of California, Berkeley. It is headed is Chris Norris, a former Cypress Semiconductor executive.

Alta has been quiet about its technology, but 2009 data show that it aims for solar cells with 30 percent conversion efficiency at a module cost below $0.50 cents per watt.

The company received $3 million in grant money from the Department of Energy in 2009. It currently has 55 employees and has filed for 35 patents.

The joint venture is also putting money into Coolplanetbiofuels, another California start-up which created a processor that turns woodchips, algae and crop waste into clean fuels.

Waste produced from the extraction is a kind of charcoal called biochar that can be mixed with soil to enhance its fertility, effectively storing carbon without pumping it deep underground.

Coolplanetbiofuels said on its Web site that the machine, called a biomass fractionator, can be fitted into shipping containers that can be transported to the fuel source. Each processor is expected to produce up to a million gallons of fuel a year, the company says.

The third investment will be in Ciris Energy, a Colorado-based company that, like Alta Devices, has not given specific details of their technology.

Vinod Khosla, the founder of the Khosla Ventures, has backed this company, saying Ciris Energy’s clean coal technology could be cost-effective and could be the best out there.

«This may be the cleanest and cheapest form of clean coal. Ciris has the potential to transform and extend the coal resource base in a number of distinct geographies,» he was quoted as saying in a Ciris statement.

NRG Energy (NYSE:NRG) maintains a portfolio of coal, natural gas and nuclear power plants, but has made big investments in renewable energy in the past years – including more than 2,000 megawatts of solar projects under development or in construction.

ConocoPhillips (NYSE:COP), the third-largest American integrated energy company, might be a surprising addition to the joint venture. But the oil giant said it has invested in compressed air energy storage and advanced biofuels and biomass. It is also producing a high-quality electrode material for advanced lithium-ion batteries.

On Tuesday, United States President Barack Obama called for 80 percent of the nation’s electricity to come from clean energy sources by 2035.

A fact sheet issued by the White House clarified that the goal would be a «standard» which makes room for nuclear power and fossil fuels like coal and natural gas, raising questions on what exactly will be considered clean or dirty energy in light of the goal.