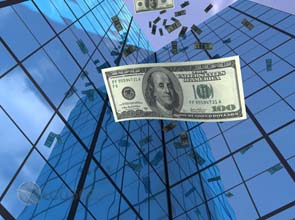 China-based solar company Trina Solars profit and revenues more than tripled last year, driven by large shipment volumes of its photovoltaic modules, a trend it expects to continue this year as it expands and improves its solar panels and production plants.

In addition, costumers that planned to install PV systems ahead of annual feed-in tariff adjustments in 2011 in countries like Germany and Italy have been linked to the large year-end demand in 2010.

Trina Solar expects shipments in the current quarter to be “slightly higher” than in the fourth quarter. For the full year, the company expects to ship 1.75 GW to 1.8 GW of modules, suggesting a growth rate of 65 percent to 70 percent compared with 2010.

To meet expected demand for its PV solar modules this year, Trina plans to boost its in-house ingot and wafer capacity by 60 percent to 1.2 GW in the second half. Cell and module production is also expected to grow 58 percent to 1.9 GW.

It will invest $800 million from 2011 to 2013 in Changzhou Trina PV Park to expand the company’s manufacturing capacity and research and development facilities.

As the company expands its manufacturing capacities and improves cell efficiencies, Trina Solar expects to have in-house non-silicon cost of manufacturing fall from $0.74 to $0.70 in the latest quarter.