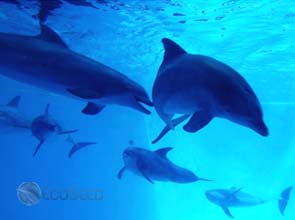 Erratum: This article previously referred to all eight companies as German ventures. Only EWE Energie, Stadtwerke Munchen and EnBW are based in Germany.

The offshore field trial will be held in the Baltic Sea, near the northern German city of Luebeck. The tests, which will follow four months of preparation, could probably be held as early as August this year.

Five noise reduction methods in the construction of offshore wind farms will be studied. By testing the methods, the research hopes to explore ways to reduce the spreading of underwater noise.

The Institute of Applied Physics, with Germany’s Maritime and Hydrographic Agency, which approves offshore wind farm projects, will set up the noise measuring system.

The research project will be managed by RWE OLC, the offshore logistics subsidiary of RWE Innogy.

Unlike other European countries, Germany prefers to build offshore wind facilities a long way off the coast, with the foundation anchored firmly in the ground using steel piles.

During the building phase, the resulting noise thus needs to be reduced to protect porpoises, animals related to whales and dolphins which have particularly sensitive hearing.

A study by the maritime agency has found that construction of the Alpha Ventus project has scared away porpoises living in the North Sea.

Offshore wind now plays a major role in the energy scheme of the German government. So far nearly 30 wind farms have been approved, and several others are being planned.

The eight offshore wind farm builders and operators partnering in the noise reduction project are all dominant industry players. EWE installed the most new offshore capacity in 2010.

In other European countries, licensing authorities require applicants to ensure that sea mammals are kept at a distance. The common method has been to emit signals that keep sea mammals at bay before construction.