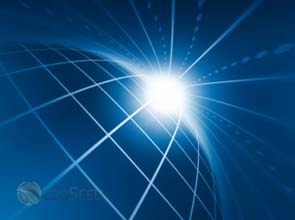 Scientists at Empa, the Swiss Federal Laboratories for Materials Science and Technology, have improved on their previous flexible solar cell and achieved a record-breaking efficiency of 18.7 percent.

Flexible copper indium gallium selenide or C.I.G.S. solar cells are still an emerging field. But a team of scientists, led by Ayodhya N. Tiwari, have worked through the years to improve the material’s efficiency.

The team’s previously made flexible solar cell, with an efficiency of 17.5 percent, was a steel foil covered with impurity diffusion barriers – a thin coating of material that prevents diffusion – between the C.I.G.S. layers at around 550 degrees Celsius.

But when they removed the barrier from the steel foil, and exposed it to the same procedure, it resulted in a higher efficiency of 17.7 percent. This proved that commonly used barrier coatings for detrimental impurities on metal foils were not needed at all.

Based on those findings, to achieve the 18.7 percent efficiency, the scientists improved the structural properties of the C.I.G.S. layer and the proprietary low-temperature deposition process for growing the layers. They then only did the doping process with sodium at the final stage.

With this processes, they proved that polymer films are better than metal foils as a carrier substrate for achieving higher efficiency.

A benefit that the scientists see with flexible high performance C.I.G.S. solar cells is the lowered cost of manufacture because of its roll-to-roll processing. They added that since it is lightweight and flexible, it is more cost effective in terms of transportation, installation, and structural frames for the modules.

Currently, Empa plans to transfer these innovations to industry for large scale production of low-cost solar modules to take off, said Gian-Luca Bona, the director for Empa.

The laboratory is presently working with Flisom, a startup company focused in manufacturing flexible solar modules.

The project was supported by the Swiss National Science Foundation, the Commission for Technology and Innovation, the Swiss Federal Office of Energy, European Union Framework Programs, W.Bölsch A.G., and Flisom.

The United States Department of Energy’s Lawrence Berkeley National Laboratory and the University of California at Berkeley, in July 2009, were also working to design a low-cost and flexible solar cell. Their solar cell made use of nanopillars, that when combined with a transparent, positive-type semiconductor, had a conversion efficiency of 6 percent.