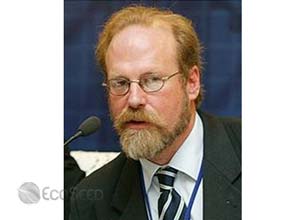 Global Wind Energy Council’s secretary-general Steve Sawyer expressed his disappointment in Japan’s decision to focus only on increasing its solar power capacity without mentioning any plans regarding wind power.

In the Group of Eight Summit in Deauville, a forum that provides the opportunity for a direct, informal discussion among leaders just this May 26, Japanese Prime Minister Naoto Kan announced that the country will move away from nuclear power. Instead, the country will focus on solar power through the Sunrise Plan.

The Sunrise Plan intends to install solar panels over all structurally eligible buildings and homes in Japan by 2030, according to The Mainichi Daily News.

This move to renewable energy was made because of the country’s recent tragic experience with nuclear energy at the Fukushima nuclear power plant. Before the nuclear meltdown in Fukushima, Japan relied on nuclear power for about 30 percent of its electricity and had planned to make it account for 50 percent by 2030.

But G.W.E.C. warned that the danger in focusing on the Sunrise Plan is that other opportunities such as wind power will be neglected.

“We were disappointed to hear that Prime Minister Kan did not make any mention of scaling up Japan’s wind power capacity. Japan cannot afford to miss this opportunity to deploy the rich wind resource at its doorstep,” said Mr. Sawyer.

According to a recently released report by the Japanese government, the country has enormous wind energy resources which can help it make significant efforts towards energy independence. It was calculated that Japan’s wind resource has the potential to reach 1,900 gigawatts, which is comprised of 300 GW onshore and 1,600 GW offshore wind power.

However, at the end of 2010, the country only had 2.3 GW wind capacity. Even before the Fukushima event, the Japanese wind industry association called for a total of 50 GW of wind development – 25 GW onshore and 25 GW offshore.

But according to The Japan Times, the country will set a new goal of generating 20 percent of its electricity from renewable resources by 2020.

“Japan will now review its basic energy plan from scratch and is set to address new challenges. We will mobilize all our resources to break the barrier to practical use due to such aspects as technology and costs, and we will elevate renewable energy to one of society’s core energy sources,” Mr. Kan said.