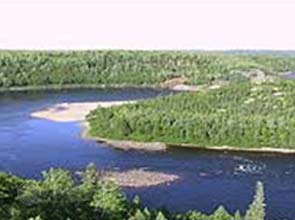 Under the supply contract, Alstom will be supplying La Romaine hydroelectric complex’s site 3, located north of the municipality of Havre-Saint-Pierre

Alstom wins $90 million-contract to supply turbine-generator units for the government-owned public utility Hydro-Quebec’s La Romaine hydroelectric complex site 3 – a project that when completed, has a total power capacity of 1,550 megawatts.

Under the supply contract, Alstom will be supplying La Romaine hydroelectric complex’s site 3, located north of the municipality of Havre-Saint-Pierre on the north shore of the St. Lawrence River, with two 200 MW vertical turbine-generator units. The French multinational conglomerate will also install and commission the equipment at the La Romaine 3 site.

The design of the turbines, generators, and auxiliaries, as well as the project management will be led by a team from Alstom’s North American hydro headquarters and factory in Sorel-Tracy, Quebec.

In addition to the turbine-generator units, Alstom Grid, the conglomerate’s power transmission sector, also contributed to the broader La Romaine hydroelectric complex by supplying them with high voltage switchgear equipment and circuit breakers.

Back in March 2010, Alstom also signed a contract to supply La Romaine 2 with two 320 MW turbine-generator units. Counting the overall power capacity of the equipment at La Romaine 2 and 3 – the largest of the hydroelectric complex’s four power houses – will equal to two-thirds of the total 1,550 MW of the electricity that the complex will produce, producing 5.3 terawatt hours out of a total 8.0 TWh annually.

According to Hydro-Quebec, the hydroelectric project will generate substantial economic spinoffs, approximately $3.5 billion for Quebec as a whole and $1.3 billion for the Cote-Nord region. The project also creates an average of 975 jobs yearly while the project is being carried out.