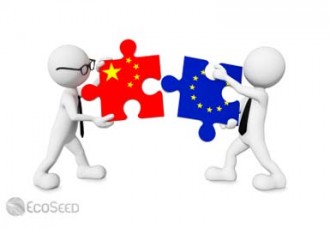 Instead of imposing anti-dumping duties on Chinese solar products entering Europe, the European Commission has accepted the proposal by the Chinese exporters for a price undertaking by which they will

China and the European Union have come to an amicable decision that solves their recent dispute over Chinese solar panels in the European market.

Instead of imposing anti-dumping duties on Chinese solar products entering Europe, the European Commission has accepted the proposal by the Chinese exporters for a price undertaking by which they will sell their products based on a minimum import price.

According to a report by China Daily, Ministry of Commerce spokesman Shen Dayang,said that resolving the trade dispute is conductive to an open, cooperative, stable and sustainable economic and trade relationship between China and the E.U.

Chinese companies that agree to participate in the price undertaking will have their products exempted from anti-dumping duties. The Chinese Chamber of Commerce will be presenting the terms of the undertaking to the relevant companies.

The voluntary price undertaking will apply only for an annual volume that covers part of the European Market. For any exports exceeding this annual volume, at the average anti-dumping duty of 47.6 percent will still have to be paid.

The price undertaking will give European suppliers a shield against Chinese products without compromising the supply of solar panels to the E.U.

“According to economic prognosis, the future market for solar panels in Europe will grow. Consequently, the annual import volume for which the undertaking applies relates to a market share in Europe which is considerably less than the current 80 % held by China. That constitutes an important safeguard of protection for European suppliers,” noted Mr. De Gucht.

Antidumping duties on E.U. imports of solar panels for China were proposed by the European Commission on June 6 following the end of an investigation started in July 2012. Around 20 plus European solar product manufacturers had filed charges with the Commission that Chinese solar manufacturers were selling their products in Europe at an unfairly low rate and having a negative impact on the European solar panel industry (see related story).

Antidumping duties of 11.8 percent were to be imposed on Chinese imports until August 6, 2013(see related story) at which point it would have been set at 47.6 percent. – K. Jalbuena