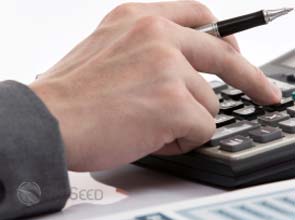 The report, which is part of the World Energy Outlook series, finds that the current annual investment in energy supply of $1.6 trillion needs to increase steadily over the next decades towards $2 trillion in order to meet the growing demand for energy.

The world needs more than $48 trillion in investment over the period to 2035 in order to meet the world’s growing demand for energy, according to a report released by the International Energy Agency.

The report, which is part of the World Energy Outlook series, finds that the current annual investment in energy supply of $1.6 trillion needs to increase steadily over the next decades towards $2 trillion in order to meet the growing demand for energy.

When it comes to energy efficiency, measured against a 2012 baseline, the annual spending needs to increase from $130 billion today to more than $550 billion by 2035.

“The reliability and sustainability of our future energy system depends on investment. But this won’t materialise unless there are credible policy frameworks in place as well as stable access to long-term sources of finance,” said Maria van der Hoeven, executive director of I.E.A.

“Neither of these conditions should be taken for granted. There is a real risk of shortfalls, with knock-on effects on regional or global energy security, as well as the risk that investments are misdirected because environmental impacts are not properly reflected in prices,” Ms. van der Hoeven explained.

According to I.E.A., investment decisions are increasingly being shaped by government policy measures and incentives.

“Policy makers face increasingly complex choices as they try to achieve progress towards energy security, competitiveness and environmental goals. These goals won’t be achieved without mobilising private investors and capital, but if governments change the rules of the game in unpredictable ways, it becomes very difficult for investors to play,” said Faith Birol, I.E.A. chief economist.

Dr. Stephan Singer, director of global energy policy for World Wide Fund for Nature, or WWF International, noted the need for renewable energy investments now in line with the findings of I.E.A.’s report.

Leader of WWF’s Global Climate and Energy Initiative Samantha Smith pointed out that governments are leading the way for investors to follow.

“Investors have said over and over again that governments must lead and they will follow. They’ve called for some certainty about our energy future. That’s happening, and now we would like to see investors walk the talk,” Ms. Smith said.

“The U.S. and China, the world’s two biggest emitters, are both taking concrete steps to cut coal and grow renewable, as are countries such as Mexico. Those steps send a super powerful signal into the corporate and financial sectors – a signal that the investment outlook for dirty energy is worsening fast, and the future is bring for renewable and energy efficiency,” she added. – EcoSeed Staff