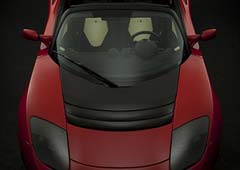 The buzz on Tesla Motors’ initial public offering on Tuesday proved to be a godsend, as the electric vehicle manufacturer raked in $226.1 million and share price surged by 41 percent. Shares closed at $23.89 after opening at $17, which is above the initial price of $14 to $16 apiece. Tesla also increased the number of shares by 20 percent from 11.1 million to 13.3 million due to high demand.

The company said it will use the funds primarily to develop its Model S sedan, which will be manufactured at the New United Manufacturing Motor Manufacturing Inc. factory that Tesla will purchase from Toyota Motors Corporation for $42 million.

Located in Fremont, California, the Nummi factory was a joint venture between Toyota and General Motors that closed down in April. The plant is capable of manufacturing 500,000 vehicles annually – about 1 percent of the world’s total car production – which will help Tesla reach its initial target of producing 20,000 units of the Model S sedan per year by 2013.

“A lot of people were puzzled about why we were going public without profits. The reason we are not profitable today is because we are in the midst of expanding with the Model S,” said Elon Musk, chief executive of Tesla.

The Model S sedan, which is hyped to become the world’s first mass-produced electric vehicle, will be priced at $49,900. Production is expected to start in 2012.

Although the company only earned profits once in July 2009 – earning $1 million on $20 million in revenues after shipping 109 of its Roadster sports car– the automaker still attracted support from both the public and private sector.

Earlier this year, Tesla received a $465 million loan from the United States Department of Energy, as part of the government’s $8 billion effort to boost the development of fuel-efficient vehicles.
Meanwhile, Daimler A.G. (FWB:
DAI
, NYSE:DAI) bought almost 10 percent of the company in May 2009 for reportedly $50 million, although both parties did not give any specific details.

The proceeds from the initial public offering will help Tesla ease up its financial losses. The company lost 25.5 million in the first quarter of this year, $55.7 million in 2009 and $82.8 million in 2008.

All in all, Tesla has burned through $300 million since its establishment in 2003.