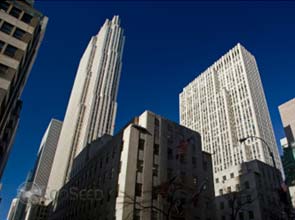 General Electric committed to purchase a record 25,000 electric vehicles by 2015 in a move that could put it in a strong position to deploy its own electric vehicle infrastructure technology to the market.

The conglomerate announced plans to convert half of its vehicle fleet to electric and collaborate with its suppliers to send it 25,000 battery-powered vehicles by 2015 in what is reportedly the largest single E.V. commitment ever.

Under the commitment, G.E. will obtain 12,000 electric vehicles from General Motors when it releases the Chevrolet Volt to the market in 2011. G.E. will then include other vehicle manufacturers as they introduce new models in the future.

“Electric vehicle technology is real and ready for deployment and we are embracing the transformation with partners like G.M. and our fleet customers,” said Jeff Immelt, chairman and chief executive.

“By electrifying our own fleet, we will accelerate the adoption curve, drive scale, and move electric vehicles from anticipation to action,” he added.

G.E. holds one of the largest vehicle fleets in the world, put at 30,000-strong. It also casts wide gaze over the electric vehicle market, operating a global fleet management business and developing product solutions such as charging stations, circuit protection equipment and transformers for the E.V. infrastructure.

Businesses under the G.E. corporate umbrella such as Capital Fleet Services, Energy, Licensing and Trading are expected to rake in up to $500 million in revenue over the next three years from the growing E.V. market, the company itself reported.

“With more than 16.3 million vehicles in operation in 2009, the nation’s fleet can drive initial ramp-up scale in the battery industry and O.E.M. supply chains,” calculated Fred Smith, chairman, president and chief executive officer of FedEx, which has itself done some fleet greening efforts.

“By buying these vehicles, G.E. is helping ramp up production which will help lower the price of vehicles and their components and make electric vehicles more visible and acceptable to the public at large,” he said.

G.E. is not the only large company switching to greener vehicle alternatives. In May, the United Parcel Service of America Inc. introduced 75 hybrid electric delivery trucks in Long Island and Philadelphia as part of the company’s sustainability program to promote fuel efficiency across its transportation network.

It now owns a steadily growing fleet of 20,000 vehicles which use alternative fuels including electricity and hydraulic hybrid technology.

One center will be opened outside Detroit as a branch of the company’s Advanced Manufacturing and Software Technology Center. The other will be at Capital’s Fleet Services business headquarters in Eden Prairie, Minnesota.