Driving range not such a big problem for E.V. sales, says survey 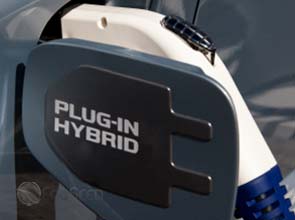 Anxiety-free electric vehicle driving is not the best enticement for costumers skeptical about the technology, a new survey revealed.

John Gartner, a senior analyst for Pike Research, said the electric vehicle industry has been very focused on addressing concerns on how far an electric car can travel in a single charge – the so-called driving range anxiety from the consumers’ point of view.

However, their survey of 1,042 consumers across the United States revealed that they were actually in a “wait-and-see” position in light of prospects for better electric vehicle models – and their price tag. These have been perennial sticky points raised by industry experts.

“[T]he fact is that a ‘wait-and-see’ approach about the technology itself was a greater issue for consumers in our survey. It could easily take several years for mainstream car shoppers to get comfortable with the idea of electric vehicles,” Mr. Gartner said.

The survey confirmed that 83 percent of survey respondents actually drive 40 miles or less in a typical day, making range a non-issue for the majority of prospective electric car drivers.

Pike noted that nearly all plug-in vehicles have already been developed to provide a minimum 30-mile range relying solely on electricity under optimal conditions, except for the Toyota Prius plug-in hybrid which has an electric range of 13 miles.

The ranges offered by today’s electric vehicles are found to exceed the daily commuting patterns of the survey participants. For respondents that drive to work most of the time, two-thirds of them said their average daily commute was 21.6 miles roundtrip.

Dave Hurst, another senior analyst, said interest in plug-in electric vehicles was strong among survey participants, with 44 percent saying they were eager to drive an electric vehicle with a driving range of 40 to 100 miles and an electricity cost equivalent of $0.75 per gallon.

But prices of today’s plug-in vehicles are higher than what most are willing to pay, even if they are cheaper to drive per mile once you own them, according to Pike. It figured that a vehicle running on an internal combustion engine would ordinarily cost $20,000 while the optimal price for a comparable plug-in variant would be $23,750 – an 18.75 percent price premium.

Consumers were also split on which kind of plug-in vehicle they would choose. For instance, interest levels were very similar for less expensive plug-in hybrids with a 10-mile range and more expensive all-electric vehicles with a 100-mile range.

When asked which vehicle brands they would consider for an electric vehicle, 51 percent were likely to choose Ford, followed by Honda with 50 percent. These are two automakers who do not currently offer plug-in vehicles on the market.

Meanwhile, 45 percent considered Chevrolet for their electric cars while Nissan had 33 percent. Both companies will be launching their own electric vehicles by the end of 2010, which are the Volt plug-in hybrid vehicle and the Leaf all-electric vehicle, respectively.

When asked about charging stations, 63 percent of survey respondents were willing to upgrade to fast-charging outlets to reduce charging times from 5 hours to 1 hour. However, only 20 percent in the survey said that they would be willing to pay $500 or more for this capability, which is currently gained at the cost of between $500 and $800.