Electricity pricing in California not helpful for plug-in hybrids 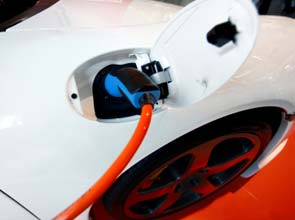 California’s policies to reduce electricity use and lessen greenhouse gas emissions are unintentionally making the use of plug-in hybrid vehicles too expensive, an economist from Purdue University said.

Wally Tyner, the James and Lois Ackerman professor of agricultural economics, said the state’s tiered electricity pricing system will require consumers to pay some of the highest electricity rates in the United States to recharge the vehicles.

California has three rate tiers and a time-of-use system that reduces the rate during periods of low demand. Consumers in the state pay an average of 14.42 cents per kilowatt-hour, about 35 percent higher than the national average.

“The objective of a tiered pricing system is to discourage consumption. It’s meant to get you to think about turning off your lights and conserving electricity. In California, the unintended consequence is that plug-in hybrid cars won’t be economical under this system,” Mr. Tyner said.

Adding a plug-in hybrid vehicle expands average electricity use by up to 60 percent per household, and most of the increase would be price at the highest rate, he added.

States with flat electricity rates, such as Indiana, which charges a flat rate of 8 cents per kWh, provide a more economical environment for plug-in electric vehicle use. Other states apply time-of-use rates, which charges electricity price according to the time of use. The lower nightly rates would match the time people would probably charge their cars.

“If you have time-of-use pricing, you have the opportunity to charge the car at the lowest available price,” Mr. Tyner pointed out.

He emphasized California must modify its rate system or deliver other electricity meters for charging cars on flat rates in order to foster plug-in hybrid use. California is a potential site for plug-in hybrid deployment because of its leading energy conservation policies and practices.

Mr. Tyner and his colleagues compared the Chevrolet Volt with the Toyota Prius and Chevy Cobalt to estimate relative economics of the alternatives. The team said to make the Volt more economical than either the Prius or the Cobalt, oil prices would have to rise between $171 and$254 per barrel, depending on which electricity pricing system is being used. That is because the Volt has a higher purchase price and will cost more in electricity than gasoline over the life of the vehicle.

Mr. Tyner concluded electricity costs would have to decrease to allow plug-in hybrids to compete-