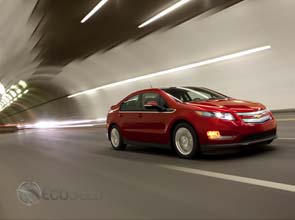 A newly-introduced legislation is looking to boost the sale and production of low-emission vehicles by providing a $7,500-rebate on plug-in electric vehicle purchases and a business tax credit for medium or heavy duty plug-in hybrid trucks.

The proposed bill follows a recent State of the Union Address by President Barack Obama where he expressed plans to place 1 million new electric vehicles on the road by 2015.

Primarily, the bill seeks to provide consumers with a rebate of up to $7,500 for purchases of certified plug-in electric vehicles. This incentive will supplement a separate $7,500 federal tax credit for electric vehicle purchases.

Secondly, the bill will offer businesses a tax credit ranging from $15,000 to $100,000 for the purchase of medium and heavy duty hybrid trucks. It will continue the existing hybrid truck tax credit until 2014 and expand the list of eligible vehicles to include new plug-in hybrid trucks.

Additionally, the proposal will expand the existing tax credit for investments in plug-in electric vehicle charging stations to include any cost related to charging station installation in homes and businesses.

«Other countries are acting to develop their own advanced vehicle markets because they realize the tremendous economic potential this new technology represents,” said Senator Stabenow.

“These initiatives will allow Michigan innovators to continue to out-compete the world and create new jobs here,» she added.

These proposed measures will augment the stimulus package in 2009 under the American Recovery and Reinvestment Act, which provided $2.4 billion in loans to build three electric car factories in the past two years. The same package included $2 billion in grants to make batteries, motors and other components in 30 factories with the hope that these will produce 50,000 car batteries by the end of 2011 and 500,000 car batteries annually by the end of 2014.

The energy department, in its “One Million Electric Vehicles by 2015” report issued on February 8, backed Mr. Obama’s proposal, saying additional policy steps are needed to spur the manufacture and consumer demand of these advanced technology vehicles.

The campaign to support electric-powered vehicles has encountered difficulties, primarily because such vehicles are made expensive by high battery costs and minimal production.

Reports say both Nissan Motor and General Motors have struggled to roll out their electric vehicles in January 2011 as supplies of the Nissan Leaf and Chevrolet Volt remained limited.

General Motors has reportedly distributed only 321 of its new Volt plug-in hybrid vehicle while Nissan had released 87 Leafs.

Until its new manufacturing plant in Tennessee is completed in 2013, Nissan expects to assemble about 20,000 of its electric vehicle for the United States market. Meanwhile, General Motors expects to produce approximately 10,000 of the Volt in 2011.

Aside from the $7,500 tax rebate plan, Mr. Obama also proposed additional funding in the 2012 budget for enhanced R and D investments in electric drive, batteries and energy storage technologies.

He also wants to give 30 communities grants of $10 million each to work on measures to promote electric cars, such as parking incentives.

However, these two proposals are yet to be approved by the United States Congress and can only be implemented once the body crafts legislation that will cover these budgetary allocations.

«This legislation is an excellent example of how government, industry and the nation’s commercial vehicle owners can collaborate toward a greener and more fuel-efficient fleet,” said Dimitri Kazarinoff, vice president and general manager of Eaton, a developer of hybrid power systems.