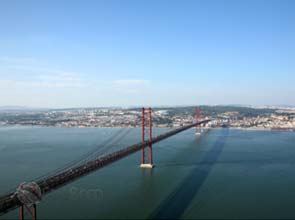 Nissan Motor Company has begun building an advanced lithium-ion battery plant in Portugal that will support an ambitious electric vehicle rollout target between the company and Renault S.A.

The production site will be at the village of Cacia on the northern edge of Aveiro, in Portugal’s third-largest industrial center.

It will be situated on an expanse of land measuring 30,450 square meters within the premises of Renault’s local gearbox assembly plant.

The facility will have a price tag of 156 million euros ($211.2 million). The facility is expected to make 50,000 battery units each year as it starts operating in December 2012. Additionally, it will offer about 200 jobs.

«The Cacia plant will be one of three facilities in Europe supplying batteries to electric vehicles produced by the alliance, starting with the 100-percent-electric Nissan LEAF,” announced Toshiyuki Shiga, Nissan’s chief operating officer.

In April last year, Nissan broke ground on a separate battery plant in Sunderland, Britain. The Sunderland battery facility is scheduled to start operations in early 2012 with a projected production capacity of 60,000 units each year.

The Renault manufacturing plant in Yvelines, France, meanwhile, is the third facility with a total production capacity of 100,000 battery units yearly.

Nissan and Renault say the new production plant will serve as support infrastructure for the Renault-Nissan Alliance’s plan to achieve a 500,000-electric vehicle production by 2015 as announced last week.

Philippe Klein, executive vice president of corporate planning for Renault, says the Cacia plant will provide lithium-ion batteries for the Fluence Z.E., one of the four electric vehicles in the Renault Z.E. product line expected to hit the market in autumn.

Renault and Nissan have finalized over 90 partnerships with governments, municipal authorities, and companies worldwide to establish the support incentives and infrastructure for the efficient adoption of electric vehicles.

Recently, the Alliance formed a partnership with the regional government of Castilla y León in Spain to advance carbon neutral transportation in the region by deploying electric vehicles and the necessary support technologies.

The agreement requires Nissan to continuously deliver electric vehicles into the region starting 2011 onwards. Additionally, it will also help classify and validate electric vehicle charging devices in the region to ensure their compatibility with current and future regulations.

Portugal was the first European nation to collaborate with the alliance to achieve zero-emission mobility with the formation of a formal partnership in 2008.

Now, the country is aiming to establish 1,350 charging units by summer as it develops an extensive electric vehicle charging network.