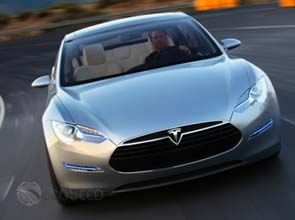 Revenues of electric car company Tesla Motors, Inc. have doubled in the fourth quarter of 2010 compared with the same period a year earlier, although it posted wider net losses for the year due to increased spending on research and development of its electric vehicles.

Tesla chief executive Elon Musk is pinning his hopes of recovery from these losses with the upcoming Model S sedan. At around $50,000, it’s roughly half the price of the company’s flagship Roadster which could allow more consumers to consider the Tesla brand and boost sales.

The company confirmed that it is on track to deliver the Model S in mid-2012. The company said it already has received more than 3,700 reservations for the Model S.

Tesla spent over $17 million of manufacturing equipment and spare parts to revive Toyota’s former car factory in Fremont, California. The Nummi plant, which stood for New United Motor Manufacturing Inc. will be the main manufacturing facility of the Model S and a planned crossover vehicle called Model X whose details are yet to be revealed.

Tesla said that deals with Daimler AG and Toyota Motor Corporation helped its quarter revenue rise as much as 95 percent year-on-year. Daimler has increased its battery pack orders to 1,800 sets from 1,500 sets for the Smart Fortwo electric vehicle.

Tesla also hooked up with Toyota last quarter to make an electric version of the RAV 4 compact sports utility vehicle. The deal will generate up to $69 million in development services revenue for Tesla over the next four to five quarters.