Estonia sells 15.5 million worth of carbon credits to Japan for E.V.’s 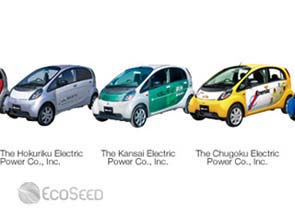 The government of Estonia will sell a total of 15.5 million carbon permits to two Japanese firms in exchange for electric vehicles and funding for energy efficiency projects in buildings.

The government said in two statements released late last week that it had approved the decision to sign the deals with Mitsubishi Motors Corporation and Sumitomo Mitsui Bank Corporation. The amount of the money involved in the deals, however, was not given.

Industrialized countries who signed the Kyoto Protocol can sell their extra carbon credits to one another as assigned amount units under the Green Investment Scheme, which ensures that proceeds from the sale are invested in projects that cut greenhouse gas emissions.

Estonia has been very active in selling its A.A.U.s to Japanese firms since last year, with most of the earnings going to efficient buildings. It previously sold 1.5 million carbon credits to Mitsubishi in November 2010 followed by 1.6 million and 0.5 million credits to Sumitomo Corporation in January and February of this year.

Under the terms of this newest deal, the eastern European country will swap 10 million of its unused carbon credits for 507 i-MiEV electric cars produced by Mitsubishi and an undisclosed amount of cash.

Mitsubishi said the deal is the largest sale ever made for the I-MiEV since it first went on the market in July 2009. It also marks the first time electric vehicles are used as qualified projects under the scheme.

Part of the proceeds from the emissions sale will be used to fund a country-wide recharging network made up of 250 stations from the CHAdeMO Association. Capable of charging i-MiEV’s battery to 80 percent within 30 minutes, the stations will be installed in all major cities, main highways, and important transport links by 2012.

Money from Mitsubishi will also be used to promote private consumption of electric cars, subsidizing 500 buyers of any electric car certified by the European Union. Estonia’s goal is to have 10 percent of its transportation sector using renewable energy by 2020.

The proceeds will be invested into energy efficiency improvement of local government buildings and property that belongs to public universities to reduce both energy consumption and carbon dioxide emissions. The planned investments altogether involve 37 real estate assets, of which 20 are in education, nine in culture, and eight in social services sectors.