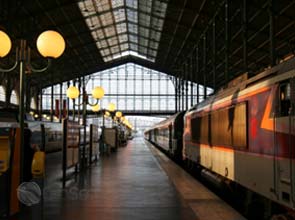 Majority of European car drivers are willing to compromise on factors such as speed, car size, driving range and even cost for green cars to reduce greenhouse gas emissions. An even larger majority, almost three-fourths, are willing to take public transport.

A Eurobarometer survey solicited by the European Commission, with 25,570 respondents from all 27 member states of the European Union, yielded figures reflecting the European motorists’ willingness to cooperate in the region’s efforts at lowering harmful emissions caused by the transport sector.

«These results are a great boost to the European Union’s efforts to make transport more sustainable. It shows people understand the stakes and are willing to do their bit to reduce their impact on the environment,” said vice president and commissioner for transport Siim Kallas.

Sixty percent of the surveyed European car drivers said they do not mind spending a little bit more for greener cars to reduce emissions. Of these, 66 percent are willing to compromise on car size, and 62 percent said they can manage with a lower driving range.

At least 53 percent agree with existing car charges being replaced by new charging schemes, based on the actual use of their vehicles.

While two-thirds of European car drivers are also willing to compromise on speed, they do have some conditions before they could fully embrace public transportation.

Other discouraging factors are the low frequency of services, said 64 percent of the respondents, and unreliability, as claimed by 54 percent.

On online accessibility, 52 percent said they “would be tempted” to try public transportation if there are better information on schedules available in the Web, while 38 percent wish they could buy tickets online.

Another 47 percent said they will take public transport if the terminals are more attractive.

As of last year, 95 percent of households in the United States own a car. The nonprofit American Public Transportation Association released its monthly Transport Savings Report which calculated that an individual who takes public transport can save as much as $9,904 every year, and $825 monthly.

These figures are the highest for public transit riders in two years, and were largely the result of continuously rising gas prices which prompted more Americans to cut back on transportation costs by foregoing the use of their cars in favor of public transportation.

New York topped this month’s list of cities with the highest transport savings, followed by Boston, San Francisco, Chicago and Seattle. As of 2010, New York City has the lowest rate of car ownership in the entire United States, with only 50 percent of its households owning cars.

The A.P.T.A. report also cited the 2010 Colliers International Parking Rate Study which found that within a year, parking costs can reach an average of $1,939.