China’s State Grid to install E.V. chargers across the country 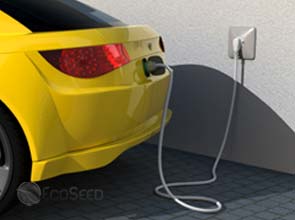 China’s largest power grid state company will make electric vehicle charging stations available for consumers in the next five years, with initial plans to build a few this year. From 2011 to 2015, the plan is to build a total of 2,351 E.V. charging facilities and battery-swap stations and 220,000 charging poles to meet the growing needs of the E.V. industry in the next five years.

But this year, the State Grid Corporation of China said it will build 173 E.V. charging stations. They will install 9,211 charging poles across 26 provincial regions before the year ends.

The move is in anticipation of a projected 500,000 electric vehicles running around China’s roads by 2015, as cited in a study by the National Development and Reform Commission, an economic planning agency.

“This will improve the electric-auto industry because the increasing number of charging stations will clear up the biggest obstacle for the industry,” said Yao Jianguo, the director of the company’s smart grid research center.

Mr. Yao said the company is pushing the use of battery-swap stations in the long run because it is more efficient in charging E.V.’s. It would usually take three to five hours for an E.V. to become fully charged, but with the process of battery-swap, a consumer would only need five minutes, Mr. Yao told China Daily.

“However, the cost of a swap-station is much higher because of the advanced energy-storage technology,” Mr. Yao said. “The construction of a large-scale charging station costs 20 to 30 million yuan ($3.05 million to 4.57 million) and a small-scale one costs less than 10 million yuan, but it costs more than 100 million yuan to build a battery-swap station.”