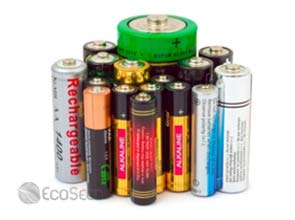 Researchers at Norway’s Delft University of Technology are working with solid electrolyte materials to raise the efficiency of future fuel cells. The researchers at the faculty of applied sciences found that the addition of extremely small nanocrystals to the material could improve the electrical conductivity of solid electrodes.

“It would therefore be preferable to have an electrolyte made of solid matter,” said Ph.D. student Lucas Haverkate, part of the research team.

The disadvantage of solid electrolyte material however, is a loss in conductivity.

“In solid matter you have a network of ions, in which virtually every position in the network is taken. This makes it difficult for the charged particles (protons) to move from one electrode to another,” said Mr. Haverkate, likening it to a traffic jam.

The researchers got around this problem by creating “free spaces” with nanocrystals of titanium dioxide. Titanium dioxide crystals attract protons and create more space. The nanocrystals are mixed in the electrolyte with a solid acid cesium hydrogen sulfate which delivers the protons to the crystals.

“The addition of the crystals appears to cause an enormous leap in the conductive capacity, up to a factor of 100,” concludes Mr. Haverkate.

The researchers will be continuing their work to find other suitable solid-material electrolyte combinations. The initial findings of TU Delft have been published in Advanced Functional Materials.

Researchers at the Harvard School of Engineering and Applied Sciences have also been working with improving a type of fuel cell known as the solid-oxide fuel cell which uses a solid electrolyte material.

They have developed a stable and functional all-ceramic, thin-film solid-oxide fuel cell that uses less material and is less costly to develop. They have also demonstrated a methane-fueled micro fuel cell as an alternative to traditional hydrogen-fueled fuel cells.