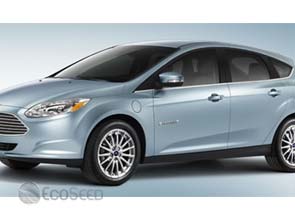 American carmaker Ford looks to tap Google’s cloud computing technology to achieve fuel and energy efficiency for their vehicles. Researchers in the auto company have been tinkering for two years with the Google Prediction Application Processing Interface, a system which accesses Googles machine-learning algorithms to analyze historic data and predict outcomes based from them.

In Ford’s case, Google Prediction A.P.I. was programmed for use in converting information such as historical driving data into useful real-time predictions.

Ford researchers are presenting a conceptual case this week of how the Google Prediction A.P.I. could alter the performance of plug-in hybrid electric vehicles at the 2011 Google I/O developer conference.

Google Prediction A.P.I. will use historical driving behavior to evaluate given the current time of day and location to develop a prediction of the driver’s destination. It will then make several adjustments to optimize driving performance to and from that location.

The researchers are currently working on understanding driver behavior behind the wheel and develop accurate protocols to predict it, knowing that driver behavior and patterns correlate to overall fuel and energy efficiency upon vehicle ownership.

Ford’s researchers are also examining if they can incorporate other variables such as a driver’s style and habits in the optimization process, allowing the cars to have an enhanced control systems and energy efficiency.

«This information can ultimately be used to optimize vehicle performance attributes such as fuel efficiency and driveability,» Mr. McGee added.

During the conference, the group will demonstrate how the system could program itself to optimize energy usage over the total distance of the route, preserving enough battery power to switch to all-electric mode.