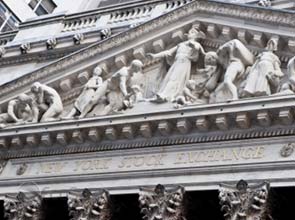 Silver Spring sells wireless networking products to utilities for smart meter deployments and other smart grid services. The California-based company, founded in 2002, would be trading under the symbol “SSNI.” It only filed its initial I.P.O. plan with the United States Securities and Exchange Commission on June 7 and has yet to price its shares.

For the short term, the company said it plans to invest the proceeds in short-term, interest-bearing, investment-grade securities like municipal and corporate bond funds.

Smart meters automate the electricity monitoring system. Old electricity meters require utility workers to read them in person. Smart meters connected to a wireless network, on the other hand, collect and send data to the utilities automatically.

Around 12 utilities from the United States, Australia, Canada, South America, Europe and Asia have signed up to deploy Silver Springs products and networking platforms in their areas since the company’s inception. Eight million devices have been networked as of June 30.

Silver Spring is banking on a billion-dollar smart grid market that’s estimated to jump from $7 billion in 2010 to $19.5 billion by 2015, a year-over-year growth of 22.7 percent based on a report Pike Research done on their behalf.

Silver Spring noted in its filing that it will compete against traditional meter manufacturers that have also been busy in past years equipping their products with communication technologies. The company said its competitors in the segment include Echelon Corporation, Elster Group SE, Itron Inc., Landis+Gyr A.G., and Sensus Metering Systems Inc.

Japanese electronics giant Toshiba Corp could be also be Silver Spring’s biggest competitor in the future, after acquiring Landis+Gyr A.G. for $2.3 billion in cash in a bid to expand its smart grid business. Landis has customers in 30 markets in countries including the United States and Europe.

“We anticipate that in the future, additional competitors will emerge that offer a broad range of products and services related to the smart grid, some of which may be directly competitive with our offerings,” Silver Spring said in its filing.

The company said they have advantages in the market, including strong brand recognition, customers, established distribution networks and capital. They also hold more patents, giving them an edge whenever Silver Spring’s intellectual property rights are questioned.

“To remain competitive, we may need to lower prices, invest more heavily in expanding our portfolio of solutions, improve the functionality or features of our solutions or expand our partnerships with third parties,” the company said.

In the United States alone, more than 90 utilities have 57.9 million smart meters planned and on the way, according to Pike. Globally, smart meters are supposed to be a $3.9 billion industry by 2015, with 250 million meters installed.

Its growing customer base, along with funding rounds backed by prominent investors, have helped Silver Spring generate revenues for the first quarter and past year.

The company said it’s likely to remain unprofitable for some time. For instance, a large part of its expenses, which have increased every year, were from research and development. Out of $186,381 of its total operating expenses from 2008 to 2010, $89,549 was spent for improving their products.