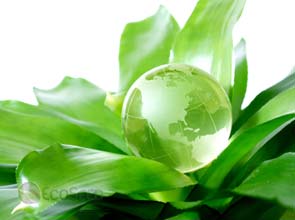 Sadly, even a great nation like America has seen its people scratching and crawling their way everyday to put food on the table.  A 2012 research by the United States Department of Agriculture shows 49 million Americans are food insecure.  This means they do not have access to food at all times.

Nutrition plays a critical role in everyone’s chance at a better future. Hunger, said Benjamin Franklin once, is the best pickle. Some say “pickle” was the motivation to not go hungry. Some say “pickle” was a euphemism for bad food — that bad food, even pickle, would taste good for any hungry person. Whatever it is, “pickle” should not and cannot be the main course if a nation were to be healthy, vigorous and strong.

Sadly, even a great nation like America has seen its people scratching and crawling their way everyday to put food on the table. A 2012 research by the United States Department of Agriculture shows 49 million Americans are food insecure. This means they do not have access to food at all times. Of this number, 15.8 million are children. The overall rate of food insecurity is virtually unchanged since 2008.

This is consistent with the poverty rate in the United States. The Population Reference Bureau reported in 2012 that 48.7 million or 15.9% of the American population lived in poverty. Furthermore, nearly 100 million or 32.4% Americans lived on less than 185% of the federal poverty level. This only means that they are income-eligible enough to avail of most federal nutrition programs like food stamps and help them stretch their dollars. Unfortunately, children are not an exception in this struggle against hunger and poverty. Census data reveals that 22.6% or 16.3 million of children under 18 years old are living in poverty. Some 30 million also belong to families that have incomes below the federal poverty line.

Paycheck and food
There is no food shortage in America. The shelves in the supermarket are stocked to the ceiling. There are enough infrastructures and means to move mountains and deliver food wherever and whenever. The problem is: families cannot provide food for themselves. Nearly 10 million Americans are jobless and have been since 2008. Even if you have a job, can your paycheck assure you that you won’t go hungry?

Even hard-working Americans go to bed with an empty stomach. The federal minimum wage is $7.25 an hour. Working 40 hours a week at this rate means you earn $1,256 every month or a little over $15,000 a year. What does that really give you? That makes you eligible for food stamps in most states across the United States. An analysis by non-profit group Feeding America estimated that on average, food insecure individuals need an additional $2.26 a day or nearly $70 a month to have access to healthy foods.

It seems that the cycle of hunger is this simple: food stamps exist because poverty and unemployment exist.

Surviving urbanity
The Pew Research Center projects the U.S. population to reach 438 million by 2050. The question is: how will all these people be fed?

Agriculture is the driver of food security. However, with climate change and inevitable disasters, agriculture is at the brink. Climate change threatens food security as it affects the production of crops and livestock. Disasters reduce affected residents to survival food kits, which is nothing but a band aid solution to a long-term problem. It also trims down short-term domestic food supplies and undermine advances devised to combat poverty and make sustainable development. This subsequently translates to an increase in the incidence of hunger and malnutrition. This proves that while climate change is a global phenomenon, its impact is highly personal.

A myriad of urban development all over the world also threatens agriculture. In America, an acre of farmland is lost to development every minute, according to the National Resources Inventory. The most recent NRI data covering 1982 to 2007 reveals that more than 23 million acres of America’s agricultural land have been lost to development. It also shows that not a single state in the continental United States was left untouched. Thirty-eight percent of the farm land developed nationwide was the land best suited to produce food and crops.

This is a reminder that while progress is being made, communities across the country have to understand that we need to protect our farm lands more than ever and that alternatives have to be utilized. Here are some ways to be more food secure in the urban future:

Urban development and effects of climate change will challenge humanity to its wits. Food insecurity, even in a great nation like America, is a serious problem. There are things we can do in our daily lives that will make us survive this threat and ultimately win it. We don’t have to be afraid and uncertain of our nation’s future if we strive towards sustainability today.

is a futurist who spends most of her time monitoring social behavior in search for new consumer trends. She uses the information to create viral and useful content as part of the new media strategy. She’s interested with technology, market behavior, new media, environment, sustainability, futuristic scenarios and businesses.

Macetas biodegradables a base de algas