What needs to be injected In the core DNA of urbanity 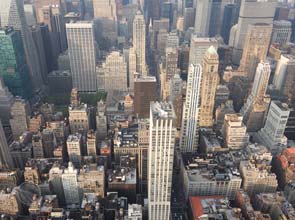 Slum dwellers have increased significantly in recent years, with one billion people globally living in severe deprivation and environmental distress. Because of this deepening urban inequality, the Earths ecosystems are being significantly damaged—and it seems like technology has taken the environment’s immortality.

Urbanization has taken an unprecedented upward turn in recent years. In 2007, half of the world’s population – around 3.6 billion people – lived in urban areas. Comparing this to the urban situation back in the 1800s, when only 2% of the world’s population lived in cities, economists have described it as the greatest migration in human history. Research predicts that by 2050,the forthcoming city setting is looking at an estimated 6.3 billion inhabitants.

Slum dwellers have increased significantly in recent years, with one billion people globally living in severe deprivation and environmental distress. Because of this deepening urban inequality, the Earth’s ecosystems are being significantly damaged—and it seems like technology has taken the environment’s immortality. It has also caused imbalances in the environment and in the consumption of natural resources, leaving cities around the world continuously struggling to find the most sustainable way to build a resilient urban future.

People living outside urban lands are constantly searching for greener pastures in the city. This is what makes urbanization unavoidable. It is easy to see the issue of slum growth and social disturbance as a threat to development—but then again, significant economic growth is also hinged on the steady increase of urban population.

Urban areas also embody environmental destruction done by rapid modernization and technological advancements; but experts believe that if given proper attention, all aspects of urbanization can potentially hold the key to solving the world’s environmental problems and other long-term sustainability issues. Policymakers are addressing multiple concerns, most of which are centered on the reduction of the world’s ecological footprint, and improvement of the overall urban structure.

Substantial effort is seen in city trends involving green innovations. Sustainable forms of energy are being utilized in a larger scale, allowing diminished use of harmful fossil fuels. Green living is also increasingly manifested in many areas of societies where green architectural designs are being sought after. With energy-efficient home designs becoming one of the most proactive city trends, even condos in key cities are now adapting to this standard. Building in key cities are also done under improved standards of sustainable development, and condo building sustainability is slowly gaining popularity among construction companies worldwide.

Even so, environmental analysts suspect that the amount of damage done is too massive, that in order to keep up and eventually be able to recuperate losses, a much more extensive and holistic platform must be developed.

In the near future, a lot of the new urbanites will be poor. Urban inequality will be more pervasive than ever—unless we do something about it today.

While attention is indeed given to most of society’s pressing concerns, little is done to help improve the lives of the urban poor. Many efforts are done to banish them from the slums, without really taking the more proactive route of relocating them to a place where they can potentially contribute to sustainable development.

Contrary to popular belief, the majority of urban population growth is likely to be in smaller cities and towns, where the poor lack managerial and planning capacities. With this, evicting the poor from their homes and denying them of their services does more harm than good to the urban situation.

Once urban and national governments recognize that poor people make up a large part of the urban core DNA, and accept the demographic and social composition of urban growth, some basic initiatives will begin to suggest themselves.

And so, the vision of the future comes to this: What if experts and policymakers give more consideration to finding new ways to equip small cities to plan ahead for expansion, and educate them on how to use their resources sustainably? Doing so could make a huge impact on the fate of poor people and contribute to the prosperity and sustainability of the major cities as well.

Kimberly Grimms is a futurist who spends most of her time monitoring social behavior in search for new consumer trends. She uses the information to create viral and useful content as part of the new media strategy. She’s interested in technology, market behavior, new media, environment, sustainability, futuristic scenarios and businesses.