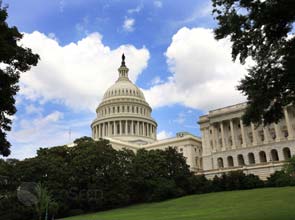 Governments pinned down substantial financing of more than $26 billion over the past two years for large-scale integrated demonstration carbon capture projects. They plan to work on 19 projects to 43 projects by 2020.

“This level of commitment is very promising, as government support is vital to helping projects under development overcome the final hurdles,” said Nobuo Tanaka, executive director of the International Energy Agency.

He said continued political leadership is essential at both the national and international levels. To accelerate progress, governments and industries need to be more aggressive in pursuing their targets.

“By any measure, governments and stakeholders have made impressive strides toward promoting C.C.S. technologies and encouraging the collaboration and sharing of information necessary to foster the broad, global advancement of C.C.S.,” added Victor Der, chairman of the Carbon Sequestration Leadership Forum policy group.

“As this report indicates, we are moving steadily from [research and development] to commercialization of effective, deployable C.C.S. technologies,” he continued.

The report identified 80 large-scale projects at various stages of development around world, noting efforts from the United States, Canada, Australia, the European Union, China and the Middle East.

In addition, the International Energy Agency reported in 2009 that about 100 carbon capture projects are needed worldwide by 2020 to limit carbon dioxide emissions in the atmosphere to 450 parts per million.

The three global organizations will present their findings to leaders from Canada, France, Germany, Italy, Japan, Russia, Britain and the United States at the next G-8 summit in Muskoka, Canada on June 25 and June 26.