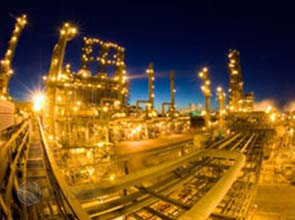 The funding is part of the department’s $1.4 billion effort to capture carbon dioxide from industries for storage or beneficial use. The first phase of the research and development amounted to an initial investment of $44.1 million, including $21.6 million in stimulus funding and $22.5 million in private funds.

The second phase involves $612 million in stimulus funding and $368 million in private sector cost-sharing for a total investment of $980 million.

Air Products will use the funds received from the department to design, construct and operate a state-of the-art system that captures carbon dioxide from its two steam methane reformers located within the Valero Refinery in Port Arthur.

The reformers generate hydrogen to boost the production of cleaner-burning transportation fuels on the company’s Gulf Coast hydrogen pipeline. The recovered and purified carbon dioxide will then be transported for use in enhanced oil recovery.

Approximately 1 million tons of carbon dioxide is expected to be recovered and purified via the Denbury Green Pipeline-Texas L.L.C. to be injected into Denbury Onshore L.L.C.’s enhanced oil recovery projects in Texas.

Air Products is one of the three companies to receive second phase funding from the department’s Office of Fossil Energy’s National Energy Technology Laboratory, joining Illinois-based Archer Daniels Midland Company and New York-based Leucadia Energy L.L.C. The project was the only industrial gas company-led project selected by the department.

The industrial sector accounted for a little more than one-quarter of the United States’ total carbon dioxide emissions of 5.405 million metric tons in 2009, according to the Energy Information Administration.

The three carbon capture projects aim to address this issue by capturing and storing a total of 6.5 million tons of carbon dioxide annually and increasing domestic production of oil by more than 10 million barrels per year by the end of the demonstration period in September 2015.

Meanwhile, Air Products is also focusing on other carbon capture and storage demonstration projects. The company partnered again with the Energy Department to design and construct a carbon dioxide purification system that supports oxyfuel technology at a boiler simulation facility in Windsor, Connecticut.

The Vattenfall facility, viewed globally as the preeminent carbon dioxide oxyfuel project, is expected to be operational this year. Lastly, Air Products (NYSE: APD) will conduct a study with the Alberta Energy Research Institute on advanced carbon capture technology for use with gasification.