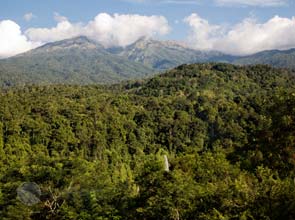 The agreement between two of the world’s biggest emitters of planet-warming greenhouse gases follows Norway’s $1 billion commitment in May to environmental programs in Indonesia.

Indonesia is regarded as a key player in the fight to slow climate change because its tropical forests and carbon-rich peatlands trap huge amounts of carbon dioxide, but its rapid deforestation rate has sparked concern among environmentalists.

Trees soak up carbon dioxide, the main greenhouse gas, as they grow and release it when they burn or rot.

The White House statement said the United States would allocate $119 million toward a partnership called Solusi, which stands for Science, Oceans, Land Use, Society and Innovation.

As part of the deal, the two governments would investigate the possibility of further reducing Indonesia’s debt repayments to the United States on the condition the money saved be spent on environmental preservation.

Clean energy development programs and marine research would also be covered by the Solusi funds, the statement said.

Washington would also put $7 million toward the creation of a regional climate change center «linking science to policy on strategic priorities in the climate change area, and focusing initially on emissions from peatlands.»

A further $10 million would be set aside for «associated projects and partnerships, including public-private partnerships focused on addressing climate-related challenges in Indonesia.»

No further details were given.

President Susilo Bambang Yudhoyono has vowed to slash Indonesia’s emissions by 26 percent from projected levels by 2020 or by 41 percent with international funding and support.

Bustar Maitar from Greenpeace Indonesia welcomed the new money, but called on the United States to reduce its own emissions as well.

«Just throwing money toward Indonesia is not enough,» he told Reuters by phone. «But this shows that the U.S. government is committed to helping Indonesia fight climate change. The commitment from Norway is also there, so now I think the Indonesian government must try to achieve the 41 percent reduction.»