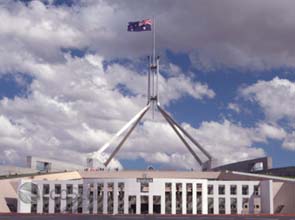 If Ms. Gillard’s Labor government is re-elected at polls expected within months, the Greens said they would help her pass a carbon tax through a hostile Senate within three months of polling day.

«The plan is to get talks underway so that we can have a carbon price in place by July next year,» Greens leader Senator Bob Brown said Tuesday.

«It doesn’t bring in at the outset, a carbon trading scheme. It leaves that option open and it therefore doesn’t become prescriptive about targets, which have been a stumbling block in the past,» Mr. Brown said.

Ms. Gillard has said she believes in a carbon price but wants to start to build new consensus for the government’s failed emissions trading scheme after the next election.

«In the weeks to come, I will have something to say about climate change,» Mr. Gillard told Australian Broadcasting Corp. radio. «I think there is a concern in the Australian community about what is happening next on climate change and I want to be talking to people about that.»

If the Greens win the balance of power at the coming election, as the polls suggest, then Labor and the Greens will have the numbers to pass legislation after July 1, 2011.

But the Greens’ plan for a carbon tax, until an emissions trading scheme can start, is not new and the plan has had no support within government and is opposed by the opposition.

Mr. Gillard replaced Rudd as leader last Thursday in the hope of securing the Labor government a second term.