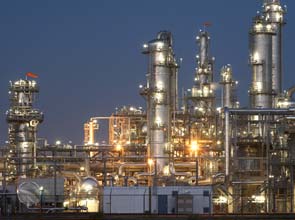 The plants have continued operating under the permits as E.P.A. and the Texas Commission on Environmental Quality work to resolve the dispute, which began in September.

«E.P.A. is disapproving the permit program after determining that it allows companies to avoid certain federal clean air requirements by lumping emissions from multiple units under a single ‘cap’ rather than setting specific emission limits for individual pollution sources at their plants,» the federal agency said in a statement on Wednesday.

The 27 refineries in Texas will continue to operate as the E.P.A. weighs changes the Texas commission has proposed to flexible permit rules. The E.P.A. said on Wednesday it also was developing a program to convert the flexible permits into more detailed permits.

The T.C.E.Q. is the Texas agency charged with implementing the federal Clean Air Act under E.P.A. supervision. The commission has long been criticized as being lax in regulating the state’s petrochemical infrastructure.

«The Flexible Permitting Program has contributed to improved air quality in Texas, and if the state is prevented from using the program, air quality could actually suffer,» Mr. Shaw said in a statement.

«When the flex permit program was rolled out in 1994, E.P.A. and environmental groups applauded it, and E.P.A. approval seemed implicit,» said Valero spokesman Bill Day in a statement. «Now, 16 years later, E.P.A. is reversing course, and our facilities are caught in the middle, creating significant uncertainty at a time when our economy can least afford it.»