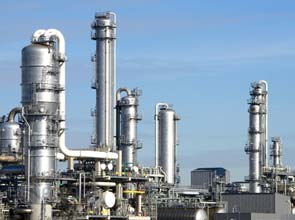 «There is a strong incentive to … not improve the efficiency of the plant … during any refurbishment because of the C.D.M. benefits,» said the report published late on Thursday.

«Further investigation is required … to identify situations in which overestimation of C.E.R.’s occurs and improve the methodology accordingly,» it added.

The U.N. methodology panel advises the scheme’s supervisory executive board on what types of carbon-cutting projects qualify for offsets.

It asked the board for «guidance on possible action» at its next meeting from July 26 to July 30. Three out of 10 board members can form a blocking minority, making decisive action unlikely, said one carbon market expert on condition of anonymity.

The investigation was sparked when a green group earlier this year made a submission to the board saying said that the most profitable C.D.M. projects, which destroy a potent greenhouse gas called hydrofluorocarbon-23 (H.F.C.-23), were emitting more H.F.C.’s than necessary in order to destroy these and sell more C.E.R.’s.

H.F.C. gases are a waste product from the manufacture of refrigerants, and trap around 12,000 times more heat than the more common, climate-warming carbon dioxide. Most H.F.C. projects are registered in China and India.

In its submission to the executive board, green group C.D.M.-Watch said plants «intentionally operated in a manner to maximize the production of C.E.R.’s,» and produced less H.F.C.-23 during periods when they were unable to request C.E.R.’s.

Thursday’s report said that the efficiency of refrigerant plants was improving, and that «it is probable» that new factories unable to claim carbon offsets were producing fewer waste greenhouse gases than those registered under the C.D.M.

Among «possible actions,» the report proposed: «A reconsideration of a cap … at a level representing the best available technology,» which could be half the present cap on the production of H.F.C.-23.