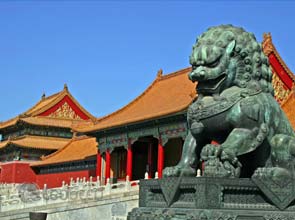 Achim Steiner, a U.N. undersecretary general who is director of the U.N. Environment Program, told the China Daily the extra round of negotiations would take place in the north Chinese port city of Tianjin, which is close to Beijing.

«China will introduce some new ideas and opportunities to move the negotiation forward,» said Mr. Steiner, who has been visiting China.

Governments are hoping to strike agreement on a new binding climate change treaty after a summit in Copenhagen late last year ended with a weak and nonbinding accord.

The newly added Tianjin talks will come in the build-up to the next major ministerial meeting in Cancun, Mexico, from November 29 to December 10, when climate officials hope to agree on the key elements of a new treaty, if not the details.

China is the world’s biggest emitter of greenhouse gases from human activities, having outpaced the United States, and its position on controlling emissions will be crucial in efforts to build a new pact on fighting global warming.

But officials from China and other countries have voiced doubts that Cancun can clinch a binding climate treaty. That was more likely to occur during major climate talks in South Africa at the end of 2011.

In May, Xie Zhenhua, who led China’s delegation to the stormy negotiations in Copenhagen, said the only target for the gathering in Cancun was a «positive result.»