E.P.A. cracks down on interstate pollution from coal plants 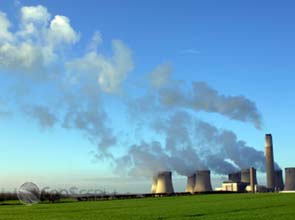 Once it becomes final, the transport rule will replace the Clean Air Interstate Rule of 2005, which the Court of Appeals directed the agency to revise in 2008, as a means of reducing sulfur dioxide and nitrogen oxide emissions from one state that are carried downwind to other states.

The E.P.A. said it will use the “good neighbor» provision of the Clean Air Act to target greenhouse gases that cause smog and acid rain across 31 eastern states, including New York, Texas and New Jersey, in addition to the District of Columbia.

“We’re working to limit pollution at its source, rather than waiting for it to move across the country,” said agency administrator Lisa Jackson.

To cap emissions, the E.P.A. prefers to set a pollution limit for all the states to allow limited interstate trading among power plants and ensure that each state will meet its obligations to control pollution. In contrast, the 2005 rule proposed a regional trading system but the court said all polluters in a state could purchase allowances to meet targets instead of reducing emissions.

The E.P.A. seeks public comment on two alternatives to its preferred approach. The first option is to set a pollution limit for each state and allow trading among power plants within a state only.

The rule, which is expected to take effect in 2012, could cut sulfur dioxide emissions by 71 percent on 2005 levels by 2014 and nitrogen oxide by 52 percent.

The E.P.A. estimated that annual compliance to the transport rule would cost $2.8 billion in 2014, but it emphasized that it would also yield $120 billion to $290 billion in annual health and welfare benefits.

At the same time, the agency expects the rule to prevent up to 36,000 premature deaths, as well as thousands of cases of acute bronchitis, upper and lower respiratory symptoms, nonfatal heart attacks and aggravated asthma.

The proposed rule did not specify whether any coal-fired power plants could be shut down, but the E.P.A. believes that it would drive utilities to install proven and readily available pollution control technologies already in place at many power plants across the United States.

The 2005 Clean Air Interstate Rule created an interstate emissions cap-and-trade system for sulfur dioxide and nitrogen oxide. It aimed to stop pollution from drifting across the borders of 28 states and the District of Columbia.

However, the Court of Appeals of D.C. ordered the E.P.A. to revise the rule after finding “more than several fatal flaws” in it. The court allowed the regulation to stay in place until the agency replaced it with a new one reflecting the court’s opinion.

«I think we met both spirit and letter of what court challenged us to do. The court was very clear we needed to hold states to a [sulfur dioxide and nitrogen oxide] budget. We have done that,» said Gina McCarthy, E.P.A. assistant administrator for air and radiation, as quoted by energy information provider Platts.

“E.P.A.’s new proposal would require dramatic reductions in power-sector emissions, on top of major reductions to date, on a very short timeline,” Dan Riedinger, spokesman for the industry group for power plants Edison Electric Institute, said in a statement.

He added that the rule will lessen the regulatory uncertainty for the power sector.

Jeff Holmsted, the former E.P.A. administrator who was involved in drafting the earlier rule, found the proposed transport rules more stringent than the one it will replace. He told Platts that the cap on sulfur dioxide in the older rule, for example, would have been about 4.66 million tons, while the proposed regulations would just permit about 3.4 million tons a year.

He added that it was not clear whether utilities would be able meet the new standards while providing affordable and reliable electricity.

«But it is clear that technical experts in state regulatory bodies, grid operators and industry will be studying this rule very closely from a reliability perspective,” Mr. Holmsted pointed out.

“Hopefully, the rule won’t set up an unfortunate choice between environmental compliance and keeping the lights on,” he added.