India climate meet ahead of Mexico to push tech deal 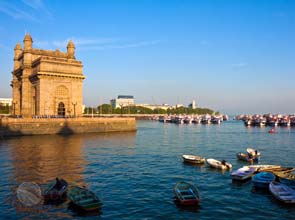 The talks will come just weeks before a major United Nations climate meeting in Mexico and are an attempt to breathe new life into global climate negotiations after last December’s Copenhagen summit fell short of agreeing a treaty.

Brazil, South Africa, India and China – dubbed the Basic group – were among more than 120 nations that agreed a nonbinding deal in Copenhagen to limit a rise in average world temperatures to below 2oC (3.6°F) over pre-industrial times.

But the accord lacked details of how to reach this goal.

Several poor countries said the rich industrialized world was not offering to cut emissions enough and they expressed fears they would not receive sufficient technology and funding to deal with global warming.

Indian officials said Indian environment minister Jairam Ramesh made the offer to host the November talks at a meeting of the Major Economies Forum (M.E.F.) countries in Rome last month.

The M.E.F., which helped nudge big emitters to support a goal of limiting global warming to less than 3.6°F (2oC) above pre-industrial levels, groups 17 nations that account for roughly 80 percent of the world’s emissions.

«We want a common position on technology transfer through partnerships in which poor countries are given access to technology and that they can get help with applying it as well,» a senior Indian government official said.

The Basic countries say countries such as Australia, Canada, and the United States should immediately provide countries like China and India technology to store carbon dioxide emissions underground.

U.N. climate talks are said to have made progress on sharing green technologies, but differences remain.

Developing nations want new technology and billions of dollars in aid to help them move away from fossil fuels, the main source of mankind’s planet-warming greenhouse gases, as part of a deal at the year-end U.N. talks in the Mexican resort of Cancun.

«There is probably no problems with future technologies, but it is the sharing of existing technologies that involves looking at issues of I.P.R.,» said K. Srinivas, a New Delhi-based independent climate change expert.

«The Delhi meet will aim at having some progress in ironing out the differences over the I.P.R. issues I think.»