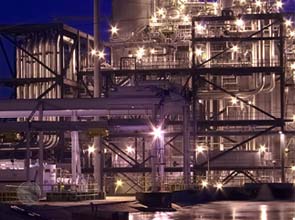 Democratic Senator John Kerry and independent Senator Joseph Lieberman have crafted a 667-page draft bill, a copy of which was obtained by Reuters, that would impose new pollution controls on utilities starting in 2013 as a first step toward battling global warming.

But it is unclear whether there will be enough votes in the deeply divided Senate for capping electric utility pollution, which makes up about a third of the United States’ carbon emissions, and whether the senators’ plan will be attached to a broader energy and environmental bill to be debated in the Senate.

Even before he became president, President Barack Obama said he placed a high priority on tackling global warming as part of an international push to cut the pollution many scientists blame for severe weather patterns and rising ocean levels.

Without final action by the United States Congress, the next United Nations meeting on global warming, set to begin in late November in Cancun, Mexico, could suffer a serious blow. The United States is the world’s second-largest carbon polluter, behind China.

Senate Majority Leader Harry Reid told reporters on Tuesday he is «looking at a way of making sure that when we talk about pollution, we focus just on the utility sector.» He also said any climate-control bill should have provisions to help consumers cope with the possible rise in energy prices.

Mr. Reid, who in coming days will stitch together a bill to encourage the broader use of cleaner, alternative energy in the United States and tighten offshore oil drilling practices in the wake of the monumental BP oil spill in the Gulf of Mexico, did not specifically endorse the Kerry-Lieberman plan.

Nor did he single out what could be a competing proposal to control utility emissions being crafted by Senator Jeff Bingaman Energy, chairman of the Natural Resources Committee.

The retooled Kerry-Lieberman draft, which could see further changes, is about 300 pages slimmer than an earlier climate bill the two senators unveiled in May. That one envisioned carbon controls on factories and the transportation sector, in addition to utilities.

The more ambitious proposal failed to gel in a Senate where many members are nervous about voting during an election year on a bill that would revamp United States energy policy and likely raise consumer prices.

«We’ll see where he (Mr. Reid) finally comes out … but I’m confident that there are going to be components of that in there,» Mr. Kerry told reporters. He was referring to portions of his draft legislation being included in a broader bill to be debated possibly in late July.

Mr. Lieberman told reporters a plan to cap utility emissions had been transmitted to Mr. Reid.

While he said the narrower plan was «disappointing to me» because it achieves lower carbon pollution reductions and accomplishes less job creation, he nonetheless called it «a significant step forward.»

Mr. Lieberman said «various» ideas had been offered to Mr. Reid as the Democratic leader struggles for a winning formula on an energy and environment bill.

Under the new draft bill, electric power utilities would be required to obtain pollution permits for the carbon dioxide and other greenhouse gas emissions they spew into the air, which are blamed for global warming.

Those permits could be traded in a regulated market, with the goal of reducing utilities’ carbon pollution by 17 percent by 2020, from 2005 levels. That was the same reduction they had for utilities in the original bill.

The measure also includes incentives for capturing carbon emissions from coal-burning plants, an important consideration for states like West Virginia, Ohio and Indiana, whose economies are closely tied to coal mining and coal-burning power plants.

Utilities under the Kerry-Lieberman plan would be able to take a maximum of 500,000 metric tons in offset credits, meaning they could partially contribute to climate control efforts through activities other than emission reductions, such as helping plant forests or other environmental actions.