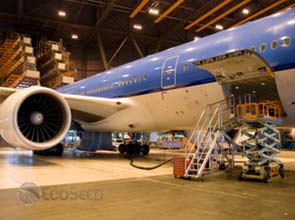 The draft rules will see the creation of a central platform to sell the majority of E.U. carbon permits from 2013, but also allows countries to opt out and hold their own auctions.

The number of permits or the auction dates has yet to be determined, though the details of individual auctions will be published almost a year in advance, the Commission said.

«The Commission would have preferred a single platform. But some member states insisted on the possibility to have their own platform,» said Connie Hedegaard, European commissioner for climate action.

«I am satisfied to see that member states have found a compromise that will provide a basis for a solid common auction platform and that member states can opt out of this common platform provided they meet certain criteria that ensure the proper functioning of auctions and the carbon market.»

The rules also cover the aviation sector, which will have to buy 15 percent of their permits at auction when it joins the E.U. scheme from 2012.

The Commission will now submit the draft regulation to the European Parliament and the Council for a three-month scrutiny period.

In the $100 billion trading scheme’s first two phases (2005 to 2012), most permits were given to industry for free, but starting in phase three (2013 to 2020) the majority will be sold to firms through auctions, the details of which have been delayed for months due to disagreement amongst member states.

Firms regulated by the scheme, in particular utilities that forward sell their power years in advance, have been calling for clarity on the auction rules for over a year.

Britain and Germany, which currently auction a portion of their permits to industry, were among at least four nations calling for the opt-out clause.

European emissions exchanges are now expected to battle to host the central platform and the national auctions.

The Commission said it will «start the preparations for the procurement of the common auction platform, jointly with the participating member states, without delay».