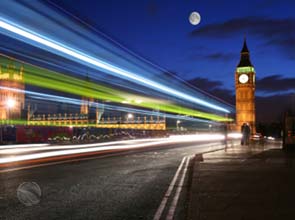 The mandatory Carbon Reduction Commitment Energy Efficiency Scheme, which began on April 1, forces businesses like banks, hotels, hospitals and schools to register with the Environment Agency and monitor energy usage.

According to the government, the scheme will help cut annually by 2020 British greenhouse gas emissions by 4 million metric tons and corporate energy bills by £1 billion.

But around 40 percent of the 20,000 companies affected are unaware of their obligations and will therefore miss the registration deadline, said WSP Environment & Energy, a division of WSP Group.

«Those businesses which are well-organized are finding that registration is not a complicated exercise,» said David Symons, a director at WSP Environment & Energy.

«However, our findings indicate that a lack of awareness and engagement among participants could prevent thousands of companies from complying with the scheme on time.»

Using a worst-case scenario analysis, WSP said some 6,000 of the 15,000 lower energy users affected by the scheme, firms that «had at least one half-hourly electricity meter settled on the half-hourly market across the whole organization» in 2008 but consumed less than 6,000 megawatt-hours, will fail to make the required information declaration to the agency by September 30.

These firms will then face a one-off fine of at least £500.

WSP estimated another 1,500 of the 5,000 heavy energy users, firms that had a total half-hourly consumption over 6,000 megawatt-hours excluding power used for transport and domestic accommodation, will miss the registration deadline completely.

They face a 5,000 pound fine followed by an additional £500 per working day for up to 80 days. The carbon reduction scheme is one of two incentive schemes launched earlier this year which the former Labour government said are key to meeting Britain’s target to cut emissions by 34 percent below 1990 levels by 2020. Feed-in tariffs were also introduced to spur growth in small-scale, locally produced renewable power.