U.N. prepares stopgap solution for ‘no deal’ scenario in Cancun 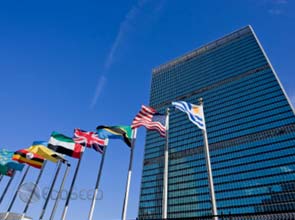 Reports say this could be a sign that the United Nations Framework Convention on Climate Change is not keen on closing an agreement that would extend the Kyoto Protocol during the meeting in Cancun, Mexico in December.

The treaty imposes binding targets for 37 industrialized countries to cut down their collective greenhouse gas emissions by 5.2 percent from 1990 levels between January 1, 2008 and December 31, 2012.

The task of agreeing to a post-2012 emissions reduction framework was attempted in Copenhagen last year to no avail.

Based on a United Nations document released on Tuesday, major working groups that will meet in Bonn from August 2 to 6 will consider measures to avoid a gap resulting from a delay in the enforcement of a next commitment period.

The U.N. believes that such a gap could exist because domestic ratification processes in the legislative bodies of member nations might take a long time even if a deal is signed in Cancun.

Amendments to the Kyoto Protocol would enter into force only after three-fourths of its signatories accept them.

While the document is not in preparation for a “no deal” scenario in Cancun as some reports suggest, it does consider the time constraints that would result if a binding climate deal is still not reached in December in the Mexican city.

The document considers that amendments to the Kyoto Protocol that will be made in Cancun will give nations less than two years to allow the amendments to enter into force.

But the document adds, “If amendments are adopted at the seventh session, there will be less than a year for the amendments to enter into force.”

To address the gap, the United Nations climate secretariat is looking into amending the Kyoto Protocol’s chapter on amendments and annexes, or Chapters 20 and 21, respectively. Doing so could make changes to the treaty easier to implement.

Currently, amendments to Kyoto require a ratification process. An example of an expedited entry would be a “tacit acceptance” procedure where an amendment enters into force after a certain period elapses following the amendment’s adoption.

The climate secretariat also presented the “provisional” or temporary enforcement of any amendment prior to its adoption by individual states, provided the parties to the protocol agree to it.

The climate secretariat said there are also options to just extend the first commitment period using the same measures described under the two options.

An ad hoc working group on commitments will offer these things for consideration at the Bonn meeting.

The U.N. document warns that legal consequences will arise if a gap does arise between the end of the first commitment period and its successor.

Although a gap will not affect commitments made to the climate adaptation fund for poor countries, commitments under greenhouse gas reduction, the maintenance of national systems for estimating emissions and the requirement for countries to report their annual emissions reports, among others, will all hang in the balance.