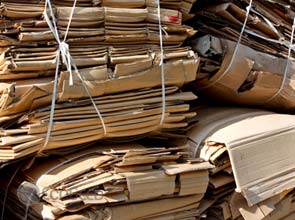 The U.N. Conference on Trade and Development (Unctad) urged developing country governments to harness investments by multinational companies to ensure that economic growth does not drive up carbon emissions.

Multinationals can help cut emissions by improving production processes in their operations and along their value chains and by making and marketing cleaner goods and services, Unctad said in its annual world investment report on Thursday.

Flows of foreign direct investment (F.D.I.) into key low-carbon business areas such as renewables, recycling and low-carbon technology amounted to roughly $90 billion in 2009, it said.

But taking into account low-carbon investments in other industries, the actual total is much higher, it said.

The sectors with the most potential for this kind of investment are power and industry, but transport, construction, waste management, forestry and agriculture can also benefit, the Unctad report said.

At the same time there is a risk that companies will move high-emission operations to locations with laxer regulation, which can generate short-term economic growth for the country concerned while impeding global efforts to cut emissions.

Unctad said this problem of «carbon leakage» should be tackled at its source through corporate governance measures such as improved environmental reporting, rather than through border measures such as tariffs on carbon content.