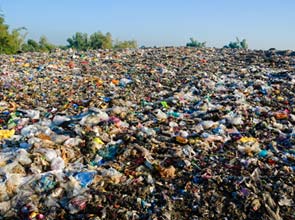 The municipal waste compost program, said to be the first of its kind in the world, promotes solid waste composting in urban areas. Composting returns organic matter to the soil, prevents land degradation and significantly reduces methane emissions.

The program will help nine Ugandan municipalities – Soroti, Mbale, Mukono, Jinja, Fort Portal, Kasese, Mbarara and Kabale – set up waste composting facilities that will generate revenues from the sale of both compost and carbon credits.

The facilities will trap methane emissions equivalent to 750,000 tons of carbon dioxide over the next decade. Methane is a greenhouse gas that is 21 times more potent than carbon dioxide and remains in the atmosphere for nine years to 15 years.

For instance, the municipality of Jinja will generate 5,000 tons of compost from 25,550 tons of waste annually with its facility. The project has a 25-year lifespan, which will help the municipality reduce more than 22,300 tons of carbon dioxide equivalent for the first seven years of crediting period.

The whole program is expected to generate a total of 156,889 certified emissions reductions and 52,296 verified emission reductions. These reductions will be sold to the World Bank’s community development carbon fund, a public-private initiative that provides carbon finance to small-scale projects in rural areas in developing countries.

“With the threat of global warming, there is an urgent need to scale up climate change mitigation, shifting from project-based to programmatic approaches,” said Joëlle Chassard, manager of World Bank’s carbon finance unit.

He added this is the bank’s first program of activities under the Clean Development Mechanism.

Henry Aryamanya Mugisha, executive director of the National Environmental Management Authority, noted that the program will serve as an example for other African countries to design and implement large-scale mitigation activities.

Other cities in Uganda will include similar projects in the program, he remarked.

The environmental agency will organize and supervise all the monitoring activities necessary for the verification and reporting of carbon credits generated.

At present, Ugandan communities dispose their solid wastes in landfills, producing methane and contaminating the adjacent wetlands through the leachate chemical they produce.