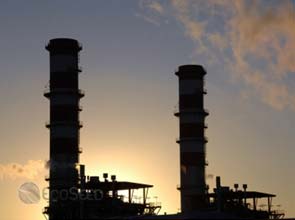 The federal funding will be matched by $156 million in private cost-share, bring the total public-private investment on the projects to $262 million.

Meanwhile, New York-based Novomer got $18.42 million to develop a process for turning waste carbon dioxide into plastic products such as bottles, films, laminates and coatings on food and beverage cans.

Virginia’s Touchstone Research Laboratory will be funded with $6.24 million to pilot-test an open-pond algae production technology that can capture at least 60 percent of flue gas carbon dioxide to produce biofuel and other products.

Similarly, Ohio-based Phycal will receive $24.24 million to complete an integrated system that produces liquid biocrude fuel from microalgae cultivated with captured carbon dioxide. The algal fuel can be blended with other fuels for power generation or can be processed into renewable fuels such as biodiesel.

Skyonic of Texas will be funded with $25 million to continue developing its SkyMine mineralization technology, which can be a potential replacement for existing scrubber technology. The SkyMine process converts carbon dioxide into solid carbonate or bicarbonate materials while eliminating sulfur oxides, nitrogen dioxide, mercury and other heavy metals from flue gas streams.

Lastly, California’s Calera will receive $19.90 million to create a process that directly mineralizes carbon dioxide in flue gases to carbonates that can be converted into construction materials. The company will incorporate the new system to an existing carbon dioxide absorption facility in Moss Landing, California to demonstrate its feasibility.

All six projects are part of the first phase funding of the Energy Department’s $1.4 billion initiative launched in October 2009 to capture carbon dioxide from industrial sources for storage or beneficial use. As part of the second phase, researchers will design, construct and manage the projects at pilot-scale and evaluate the technical and economic feasibility of commercial application.

Large amounts of carbon dioxide will be available, the Energy Department forecasted, as coal-fired power plants and other carbon-emitting facilities will be equipped with carbon emissions control systems to comply with regulatory requirements.